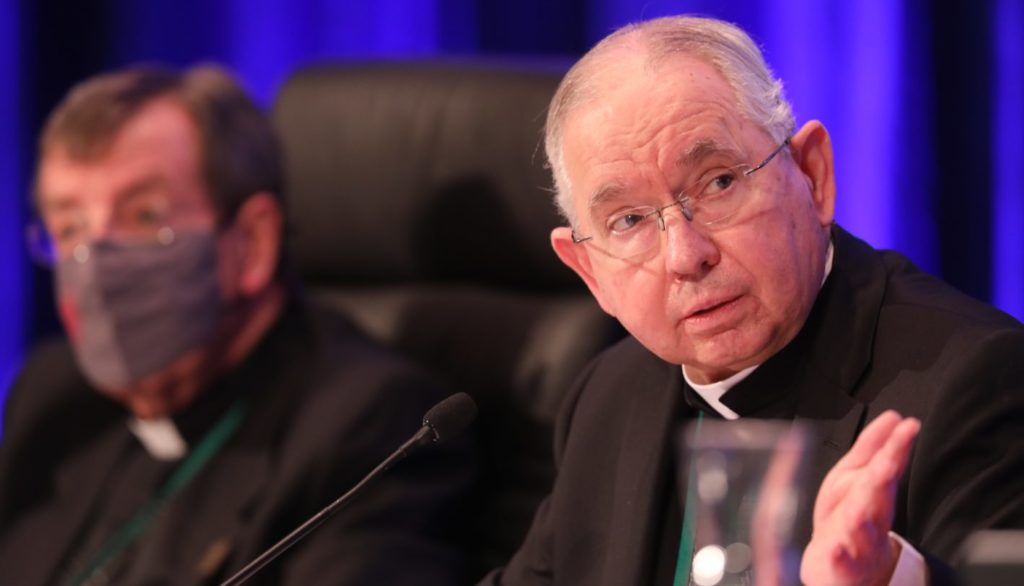 On November 16, the work of the plenary session of the United States Conference of Catholic Bishops (USCCB) began in Baltimore. The meeting began with addresses by Bishop Christophe Pierre, Apostolic Nuncio to the United States, and Bishop José H. Gomez, President of the USCCB. In his address, Bishop Pierre referred to the theme of synodality. The synod, he said, is not a parliament sustained by political battles to change Christian truths. Nor is it a campaign to convince or make programs.

Synodality, he pointed out, is walking together: "It is about humbly listening to one another and to the Holy Spirit and thus discerning the will of God". In this sense, synodality, the Nuncio clarified, is a response to the challenges of our time, particularly to alleviate the polarization that is experienced in society and in the Church: "The Church is hurt not only by the crisis of abuses and the effects of the pandemic, but by polarization". A divided Church, said Bishop Pierre, will never be able to bring others to the unity that Christ asks of us. Unity that must be made visible in each particular church with the bishop walking with his people, in communion with the Pope and deciding to bring them together. cum Petro et sub Petro.

Jose Gomez, President of the USCCB, also acknowledged that there are many divergences in the Church and in society. These divisions, coupled with secularization, are causing American society to lose "a sense of its history. For most of its existence as a nation, "the history that gave meaning to our lives was rooted in the biblical vision and the Judeo-Christian heritage". This history, Bishop Gomez said, served as the model for the founding documents of the United States and shaped our laws and institutions, "it was the substance of our ideals and actions".

Today this narrative is crumbling, he warned. In view of this, the prelate pointed out that it is not necessary to invent another story, but to listen to the true one: that Christ loved us, gave his life for us and that with his death and resurrection he gives hope and meaning to our lives. Quoting Archbishop John Ireland - who led the Diocese of St. Paul, Minnesota from 1884 to 1918 - Gomez pointed out that "the duty of the moment" is to announce that story to the people of our time. The Church exists to evangelize and being a Christian means being a missionary disciple, he said. It is not an easy task, he pointed out, since we no longer have the influence the Church once had in society, nor its "numbers". "Anyway, that never mattered because Christ promised us that if we first sought his Kingdom, everything would be given to us," he said.

That is why the pastoral plan for Eucharistic revival to be discussed at this plenary and the document on the Mystery of the Eucharist are vital. With these pastoral instruments, Gomez said, it will be possible to bring people closer to the Mystery of faith. "If we truly want to end human indifference and social injustice, we need to revive sacramental awareness." In the sacrament of the Eucharist, people will be able to discover God's love, an unending love.