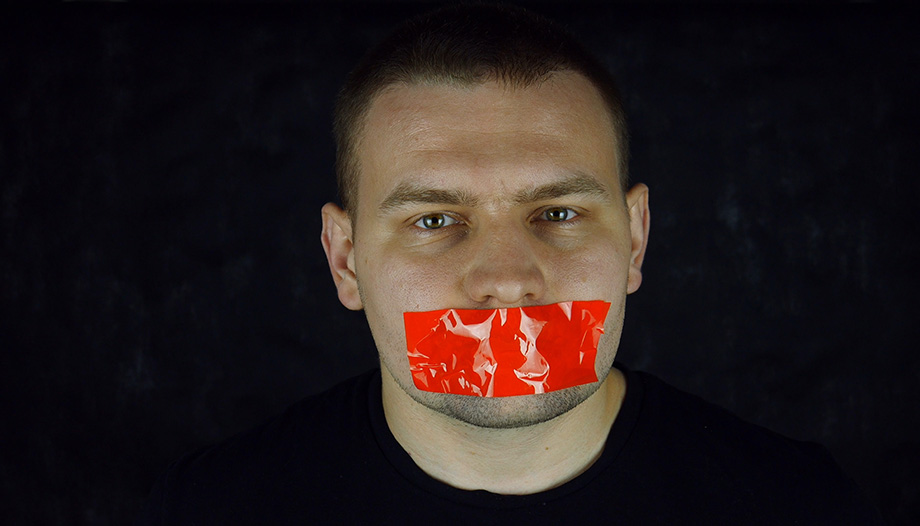 (You can read the German version here).

The toppling of the statue of Fray Junipero was just one emblem of this woke (awake, alert) movement, which I would call anything but cultural. A few weeks ago, Friar Antonio Arevalo Sanchez, OFM, a graduate in Modern History, showed in the pages of Omnes how Friar Junipero (1713-1784), under the motto ‘Always forward, never back’, ‘dedicated his intelligence and energy to instill human dignity in the natives of Queretaro and the two Californias, through evangelical doctrine, civilizing progress and the exemplary life of patience, humility, poverty and enormous sacrifices that consumed his body.’

In addition, he recalled that Fray Junípero Serra is the only Spaniard with a statue in the Capitol in Washington, and that it was Pope Francis who canonized the illustrious Spanish friar on September 23, 2015.

Fray Junípero was referred to, among other authors, by Omnes contributor Javier Segura in his article ‘Woke culture in the classroom’. ‘We all remember the demolition of statues of distinguished figures in our history such as Fray Junípero Serra or Christopher Columbus. We are witnesses of the revision of history that some social movements want to make, presumably linked to a struggle for social justice of certain groups.’

And Segura added: ‘The same pressure scheme is being joined by other groups (LGBTI, radical feminism, pantheistic ecology, animal rights, etc.) that want to promote and ultimately impose their vision of reality.’ The expert then alluded to one of the rare but very clear occasions in which Pope Francis has referred to this woke ideology.

Warning against the single thought

It was in the customary Address to the Diplomatic Corps accredited to the See, just one month ago, on January 10. The Holy Father said: «Frequently, the focus of interest (of many international organizations) has shifted to issues that by their nature are divisive and not closely related to the purpose of the organization, resulting in agendas increasingly dictated by a thinking that denies the natural foundations of humanity and the cultural roots that constitute the identity of many peoples».

The Pope then pointed to the «single thought» that leads to a culture of cancellation. «As I have had occasion to state on other occasions, I consider this to be a form of ideological colonization, which leaves no room for freedom of expression and which today increasingly assumes the form of that ‘culture of cancellation,’ which invades many public spheres and institutions.  In the name of the protection of diversities, it ends up erasing the meaning of each identity, with the risk of silencing the positions that defend a respectful and balanced idea of the different sensitivities».

At the drop of a hat, we could bring up here the withdrawal by the HBO Max platform, in 2020, of the movie Gone with the Wind, accused of giving pabulum to slavery in a Los Angeles Times column.

Or to give just another example, let us cite a young professor of Classics at Princeton (USA), Dan-el Padilla Peralta, who called against the study of Greek and Latin authors for encouraging racism, as evoked by the French philosopher Rémi Brague at the opening of the Congress of Catholics and Public Life at the CEU, as collected by Omnes.

To this movement or ‘woke’ ideology, several personalities have referred extensively, within the framework of the aforementioned Congress, and subsequently. With them and with some other author, I only intend to underline in these lines three aspects derived from this ideology, applicable to the present time in the way each one prefers.

«Whatever we call these movements – «social justice,» «woke culture,» «identity politics,» «intersectionality,» «successor ideology» – they claim to offer what religion provides. Moreover, like Christianity, these new movements tell their own ‘salvation story,'» warned Archbishop Jose Gomez, Archbishop of Los Angeles and president of the U.S. Conference of Catholic Bishops, via videoconference.

This is the first, nuclear aspect. «Now more than ever, the Church and every Catholic needs to know the Christian story, and proclaim it in all its beauty and in all its truth, because currently, there is another story roaming around. An antagonistic narrative of ‘salvation’ that we hear in the media and in our institutions, coming from the new social justice movements,» he added.

What we might call the story of the «woke» movement, the Los Angeles archbishop continued, goes something like this: «We cannot know where we come from, but we are aware that we have common interests with those who share our skin color or our position in society. The cause of our unhappiness is that we are victims of oppression by other groups in society. And we achieve liberation and redemption through our constant struggle against our oppressors, waging a battle for political and cultural power, in the name of creating an equitable society.»

A language that, as the archbishop himself warned, sounds like a class struggle antagonism, «a Marxist cultural vision», in a similar way, and this is personal, to how gender ideology confronts men and women in a thousand ways, in another antagonism present in our days.

Monsignor José Gómez also referred to a second issue that the Pope warned about in his speech to the diplomats. It is about the patrimony of faith and the sacraments, in relation to the nature of marriage and the family, or to the educational postulates of Christian roots, which some also wish to «cancel».

«In the program you established for this Congress, you allude to the «culture of cancellation» and to being «politically correct». And we realize that often what is cancelled and corrected are perspectives that are rooted in Christian beliefs about life and the human person, about marriage, the family and much more,» the U.S. prelate added.

«In your society and mine, «the ‘space’ that the Church and believing Christians can occupy is shrinking. Church institutions and Christian-owned businesses are increasingly challenged and harassed. The same is true of Christians working in education, health care, government and other sectors.»

As seen at the outset, there were moments when Pope Francis referred to these issues in his remarks to the Diplomatic Corps. For example, when he alluded to «agendas increasingly dictated by a thinking that denies the natural foundations of humanity and the cultural roots that constitute the identity of many peoples.» Or when he clearly pointed out that «we must never forget that there are some permanent values. It is not always easy to recognize them, but accepting them gives solidity and stability to a social ethic. Even when we have recognized and assumed them thanks to dialogue and consensus, we see that these basic values are beyond any consensus». «I wish to emphasize especially,» he added, «the right to life, from conception to its natural end, and the right to religious freedom.

We can recall here a few stories of boycotts and of stimagtization in the United States. For example, if Jeff Bezos and his wife donated $2.5 million to a campaign to legalize gay marriage in Washington State, «it was a sign of their progressive liberality and no one would argue with doing so.»

But when Dan Canthy, owner of the Chick.fil-A restaurant chain, declared in an interview that «the company supported the traditional family and also happened to have donated to organizations opposed to same-sex marriage, gay activist groups called for a boycott of his restaurants, and mayors of major cities were quick to say that the chain would not be well received in their communities». Ignacio Aréchaga recounts this in his article ‘La cultura del boicot’ (Aceprensa), who comments: «It is curious that in a country where making money has never been frowned upon, the freedom to donate it to the cause of one’s choice is questioned».

In a couple of weekends, Omnes has published in this same portal two interviews that have not left indifferent, by the echo raised. One with the medievalist professor Manuel Alejandro Rodriguez de la Peña (CEU), in which he pointed out in no uncertain terms that «the woke movement and the culture of cancellation can only degenerate into a censorious, inquisitorial movement that prevents freedom of expression and denies compassion».

Along the same lines, in the middle of last month the Canceled campaigns began, promoted by the Catholic Association of Propagandists (ACdP), with the aim of «giving a voice to normal people who have been canceled for saying things with common sense and making this world a more livable place,» they say. Right now, they have on the portal «Dr. Jesús Poveda, one of the main promoters of the pro-life movement in Spain, who has been arrested more than 20 times for his sit-ins and rescue operations,» explains their website.

The other interview was conducted with Professor José María Torralba (University of Navarra), in connection with the presentation of the Master’s Degree in Christianity and Contemporary Culture that the academic center is launching. José María Torralba, director of the Core Curriculum Institute of the university, alluded to the alleged crisis of the humanities, but pointed out that «there are reasons for hope». The Master’s also aims to become «a platform, a forum, to participate in the cultural and intellectual debates that are currently taking place in our country, and to be a way of being more present in Madrid. We intend to create a forum for dialogue and meeting for anyone who wants to come».

Undoubtedly, there are many more universities and media focuses that we will continue to echo, as Omnes has done so far.

The question we can now ask ourselves is the extent of this battle in the face of ‘woke’ ideology, and others like it. This would be a third and final question.

Personally, I would like to quote a few words I heard from Archbishop Mario Iceta, Archbishop of Burgos, in the same session in which the Archbishop of Los Angeles spoke. «At a time when there is talk of post-truth, with an interpretation of the world linked to ideologies, in which real truth is confused with certainty or opinion, we Christians must have hope in Christ and in the Gospel, because they are capable of dialoguing with all cultures and thoughts.» he stressed.

Finally, he asked: «What is therefore our attitude? Christians are called not to confrontation or hostility, but to goodness and beauty. A proposal certainly, of proposal, of encounter, of enlightenment. Our proposal is to show the good, it is the fullness. That is our path.

As Pope Francis has reminded us almost to exhaustion, the way is «dialogue and fraternity». And that is complicated when others are perceived as people to be put down in any way. A climate of respect and tolerance must prevail.

In this dilemma that sometimes arises «between forgiving or condemning», Rémi Brague has gone so far as to say that «condemnation is a satanic stance. Satanism can be relatively gentle, and all the more efficient. According to Satan, everything that exists is guilty and must disappear. These are the words that Goethe puts in the mouth of his Mephistopheles (Alles was entsteht, / Ist wert, daß es zugrunde geht).»

Pope Francis concluded his address to diplomats last month thus: «We must not be afraid to make room for peace in our lives, cultivating dialogue and fraternity among ourselves. Peace is a ‘contagious’ good, which spreads from the hearts of those who desire it and aspire to live it, reaching out to the whole world.»