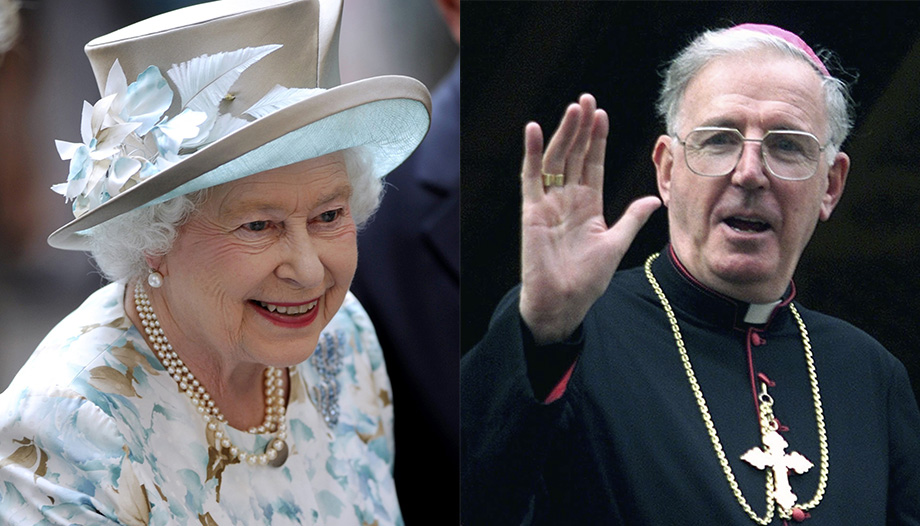 Monday 19th September marked an historical moment for the UK and the rest of the world as they finally bid farewell and laid to rest Queen Elizabeth II, who passed away on 8th September 2022. She is one, if not the last, of those monumental figures in modern time, such as St. John Paul II and Nelson Mandela, whose passing grips the entire world by surprise; and causes it to pause for a moment to reflect on life.

These past days we have seen an outpouring of affection for the late Queen and reflections on her reign. Celebrities, politicians and the normal citizen have expressed what she meant for them and the example she set.

In a recent conversation for Omnes, we sat down with English Cardinal, Arthur Roche, Prefect of the Dicastery for Divine Worship and the Discipline of the Sacraments, to reflect on the impact she had on his life and the Church. He notes the Queen, during the time of Cardinal Basil Hume, was the first royal member to publicly visit for the first time a Catholic Church on the 1st November, the feast of all saints; and to attend the celebration of vespers in the Cathedral.

Additionally, he also adds that she was close to Cardinal Cormac Murphy-O’Connor, originally Archbishop of Westminster from 2000-2009, who she would invite on many occasions to take part in state banquet; but “also to stay with them in Sandringham and invited him to preach at the morning service which she always attended on Sundays in Sandringham. This was a very significant move and one that spoke of her affection for Cardinal Murphy-O’Connor; but also for the Catholic community because she knew that Catholics were very faithful.” Cardinal Roche highlights the Queen’s affection for Catholics even further by recalling that during her attendance of a morning prayer in Belfast with the Presbyterians as “she was coming out from their Church she noticed opposite there was a Catholic Church so she simply walked across the road and entered the Catholic Church, only to discover that the Presbyterian minister and the Catholic priest had actually been working together for greater social cohesion among that community.”

As Supreme Governor of the Church of England, the importance and example the Queen set on inter-faith relations is something Cardinal Roche says King Charles III has sought to maintain, “during these days of mourning where he has accepted accession to the throne and visited the four corners of the United Kingdom part of that tour was a meeting in London, in Buckingham Palace, of all the faith leaders, all of them. There he said ‘yes he was a Christian’ and ‘yes he was and would remain a member of the Church of England’ but that he was a man that recognized that the faithful people are an intricate part of society for good. He has already made a very major statement in making this meeting possible showing its importance. This is because he could have met with social workers, parliamentarians, or with people from the services of the hospitals, fire brigades, police etc. but instead he met with the faith leaders, a very important significance for what he will do in the future.”