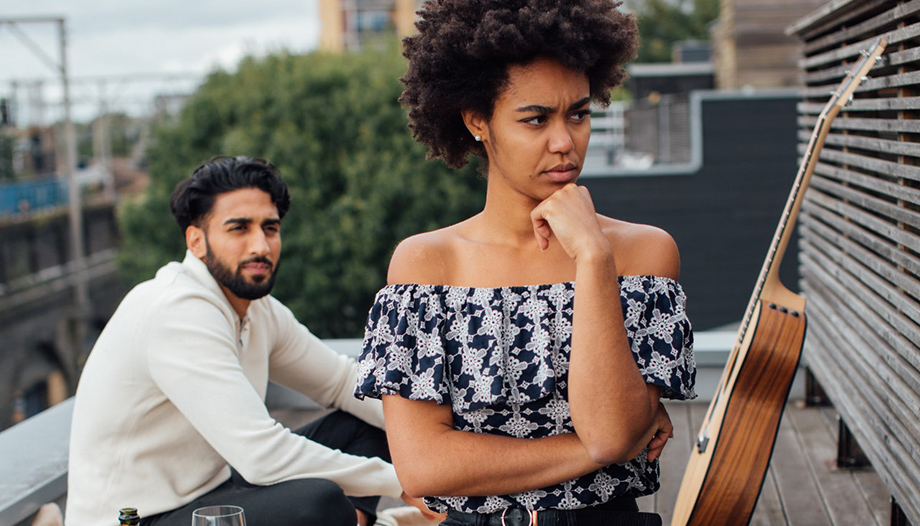 There are people who, without having clear ideas on the matter, go and stay with another person, even at risk of the arrangement not working out, and without taking notice of other people’s advice.

Often a human being, before sitting down to think things through, has already made up his mind. And this is one of the reasons why the unfortunate experience of others in such cases has such little impact.

Other times, people make wrong decisions because they don’t really know what they are doing; their reasons are quite superficial: for example, “everyone does it”; “let’s try it out”; “there’s no way it can go wrong”, etc.

Here there is a lack of proper formation aided by the obnoxious influence of a culture that is weak and provides no support or sound criteria. At bottom there is the underlying belief that though it might not work for the others, we just can’t fail…  In short, based on flimsy, shallow and childish reasoning.

Let’s look a moment at what happens after “come, let’s stay together”, because in most cases there is an afterwards, a “we’re not together any more”.

In general, the result means broken hearts. Much worse than if they had broken off their engagement. To live physically with someone and then leave him or her is a traumatic experience. It leaves an indelible mark because one has been abandoned for good.

The disillusionment, the suffering and the emptiness brought about by the break, the disenchantment and the sensation of being rejected as a person. If one has been abandoned, he feels “that he did not live up to the expectations” of the other; that he is worth next to nothing and that his deepest feelings have been played around with. All this leaves a mark on the heart that will never go away.

When our self-esteem is trampled on, we think we don’t deserve to be loved. It can be a very heavy blow.

Start life all over again? But with whom? To some extent one’s life is broken to pieces. The dreams of a clean, sacrificed love have disappeared for good.

Probably one’s high hopes of finding a good partner are undermined and one simply starts a relationship with anyone who shows some interest.

Truth be told, one chases an illusion just to shake off one’s desperation.

Perhaps one starts out with someone else who has been abandoned. But from the outset there is little true commitment and, lacking this, the union of two people is inevitably weak, and breaks down at the first serious difference of views. In addition, the biological clock is running out, which leads one to act rashly.

I don’t mean to make anyone lose hope.  When it comes to looking for happiness, one can always begin by asking for forgiveness of whom one has the duty to ask, and in the way one should.

For believers there is confession, asking God’s forgiveness and starting over again. Knowing that one is forgiven is a wonderful remedy in itself, both humanly and psychologically.

Living according to one’s beliefs is a great help to recovery.

Otherwise, we let ourselves be carried away by our state of mind which is a weak guide and can easily get out of control.

Lives that have no beliefs, no substance are missing something.

Therefore, before making a decision like this one always has to consider how one would feel afterwards if it didn’t work out.