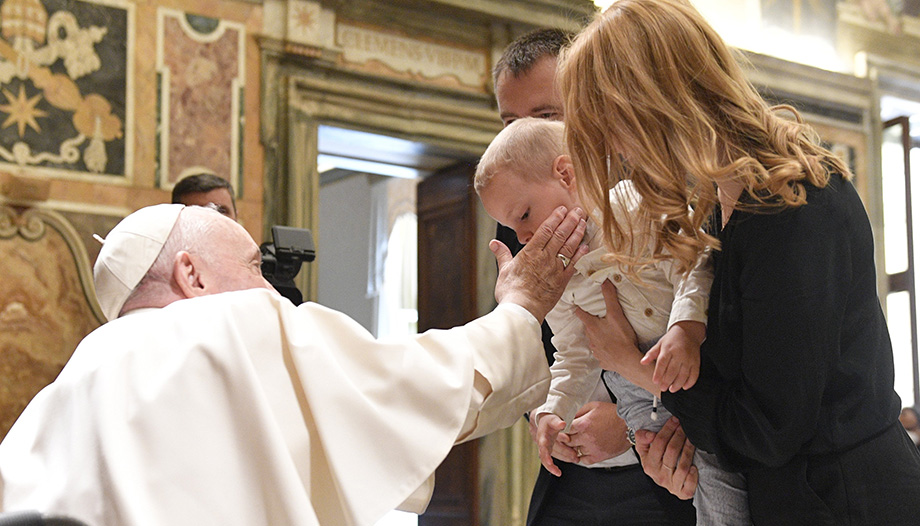 Reflection and studies are increasing during these weeks in the final stretch of the Amoris Lætitia Year of the Family, which is scheduled to conclude with the World Meeting of Families next June 26, in Rome and in the dioceses, promoted by the Vatican Dicastery for the Laity, the Family and Life, whose prefect is Cardinal Kevin Joseph Farrell.

In addition to the Gregorian University Conference, which has had a scientific committee of experts from twelve international universities, that same weekend in Barcelona there will be the 1st International Workshop on Family Accompaniment, organized by the International University of Catalonia (UIC), and next June 4 and 5 will be “Love Talks”, a digital congress of the International Federation for Family Development (IFFD), in which more than 40 experts from different countries and specialties will talk about affectivity and sexuality, couple relationships or pornography.

“The boat of the family”

In Rome, Pope Francis underlined some ideas set out in the Apostolic Exhortation Amoris lætitia, while receiving in audience the organizers and speakers of the International Conference on Moral Theology promoted by the John Paul II Institute for the Sciences of Marriage and Family and the Pontifical Gregorian University. The theme of the Congress was “Pastoral Practices, Life Experience and Moral Theology: Amoris Lætitia between New Opportunities and Paths”.

In his opening words the Holy Father thanked Fr Da Silva Gonçalves for his contribution, and greeted Cardinal Farrell, Cardinal Paglia and Mgr Bordeyne, along with all those who collaborated and participated in the Conference from all over the world.

The Pope recalled in his address that “the initiative takes place in the context of the Amoris Lætitia Year of the Family, convoked to stimulate understanding of the Apostolic Exhortation and to help guide the pastoral practices of the Church, which wants to be more and better in its synodal and missionary dimensions”, and that it “gathers the fruits of the two Synodal Assemblies on the family: the extraordinary one in 2014 and the ordinary one in 2015. The fruits matured from listening to the People of God, which is largely made up of families, which are the first place where faith in Jesus Christ and mutual love are lived,” Francis noted.

“It’s good that moral theology is nourished by the rich spirituality that germinates in the family,” the Holy Father added. “The family is the domestic Church (Lumen gentium, 11; Amoris lætitia, 67); in it, spouses and children are called to cooperate in living the mystery of Christ, through prayer and love, carried out in the concreteness of daily life and situations, in mutual care capable of accompanying so that no one is excluded or abandoned. Let’s not forget that, through the sacrament of Matrimony, Jesus is present in this ‘boat’, the boat of the family.”

The family, “more tested than ever”

“But family life today is more tested than ever,” the Pope stressed. “First of all, for some time ‘the family has been undergoing a profound cultural crisis, like all communities and social bonds’ (Evangelii gaudium, 66). In addition, many families suffer from a lack of work, decent housing or land on which to live in peace, in an age of great and rapid change. These difficulties affect family life and generate relational problems. There are many ‘difficult situations and wounded families’ (Amoris lætitia, 79).”

“The very possibility of forming a family today is often difficult and young people meet many difficulties in getting married and having children,” the Holy Father continued. “In fact, the epochal changes we’re living through are causing moral theology to take up the challenges of our time and to speak a language that can be understood by the interlocutors—not only to the ‘initiated’—and thus to help ‘overcome adversities and contrasts’ and foster ‘a new creativity to express in the present challenge the values that constitute us as a people in our societies and in the Church, the People of God’.”

“Discovering the meaning of love”

Francis stressed in his address that “the difference of cultures is a precious opportunity that helps us to understand even better how much the Gospel can enrich and purify the moral experience of humanity, in its cultural plurality.”

“In this way we’ll help families to rediscover the meaning of love, a word that today ‘often appears disfigured’ (Amoris lætitia, 89),” he affirmed, “because love ‘is not just a feeling,’ but the choice in which each person decides to ‘do good’ […] superabundantly, without measuring, without demanding rewards, for the mere fact of giving and serving” (Amoris lætitia, 94).

And he praised the daily struggle in families in these words: “The concrete experience of families is an extraordinary school of the good life. I therefore invite you, moral theologians, to continue your rigorous and valuable work, with creative fidelity to the Gospel and to the experience of the men and women of our time, in particular the living experience of believers.”

“The sensus fidei fidelium, in the plurality of cultures, enriches the Church, so that today she may be the sign of the mercy of God, who never tires of us,” the Holy Father noted at this point. “From this point of view, your reflections fit very well into the current synodal process: this International Conference is fully inscribed in it and can make its own original contribution to it.”

The Pope also responded to discouraging views: “How often is marriage presented ‘as a burden to be borne for life’ rather than ‘as a dynamic path of growth and fulfillment’ (Amoris lætitia, 37). This doesn’t mean that Gospel morality renounces proclaiming the gift of God. Theology has a critical function of understanding the faith, but its reflection starts from living experience and the sensus fidei fidelium. Only in this way can the theological intelligence of faith render its necessary service to the Church.”

Criticism of “turning back» to casuistry

Pope Francis introduced at the end of his speech an idea that was not written in the initial text. It was a criticism of “many ecclesiastical figures,” as he put it, for what he called “backtracking.” His words were as follows:

“I would like to add one thing, which is doing a lot of harm to the Church at the moment: it’s a kind of ‘going backwards,’ out of either fear, or lack of creativity, or lack of courage.”

“It’s true that we theologians, even Christians, must go back to the roots, it’s true. Without the roots we can’t take a single step forward. From the roots we draw inspiration: but to move forward. This is different from going backwards. Going backwards isn’t Christian. On the contrary, I think it’s the author of the Letter to the Hebrews who says, ‘We are not people who go backwards.’ The Christian can’t go backwards. To go back to the roots: yes, to be inspired, to continue on. But to go backwards is to go back in order to have a shelter, a security, to avoid the risk of moving forward, the Christian risk of carrying the faith, the Christian risk of making the journey with Jesus Christ. And this is a risk.”

“Today, this turning back is seen in many ecclesiastical figures—not ecclesial, ecclesiastical—sprouting up like mushrooms all over the place, and presenting themselves as projects for Christian life. There’s also a turning back in moral theology, with casuistic projects; and the casuistry that I thought was buried twenty feet down is resurfacing as a project— a bit disguised—of ‘up to here you can, up to there you can’t; from this point yes, from that point no’.”

“And to reduce moral theology to casuistry is the sin of going backwards. Casuistry has been overcome. Casuistry was the nourishment for me and my generation, when we were studying moral theology. But it’s proper to decadent Thomism. The true Thomism is the Thomism of Amoris lætitia, the one you can find there, as it was well explained in the Synod and accepted by everyone. It’s the living doctrine of St Thomas, which makes us move forward, taking a risk, but in obedience. And this isn’t easy. Please beware of this turning backwards, which is a present-day temptation, even for you, moral theologians.”

After saying all this, Pope Francis then pronounced the final paragraph: “May the joy of love, which finds an exemplary witness in the family, become the effective sign of the joy of God, who is mercy, and of the joy of those who receive this mercy as a gift. Joy. Thank you and please don’t forget to pray for me, because I need it. Thank you.”