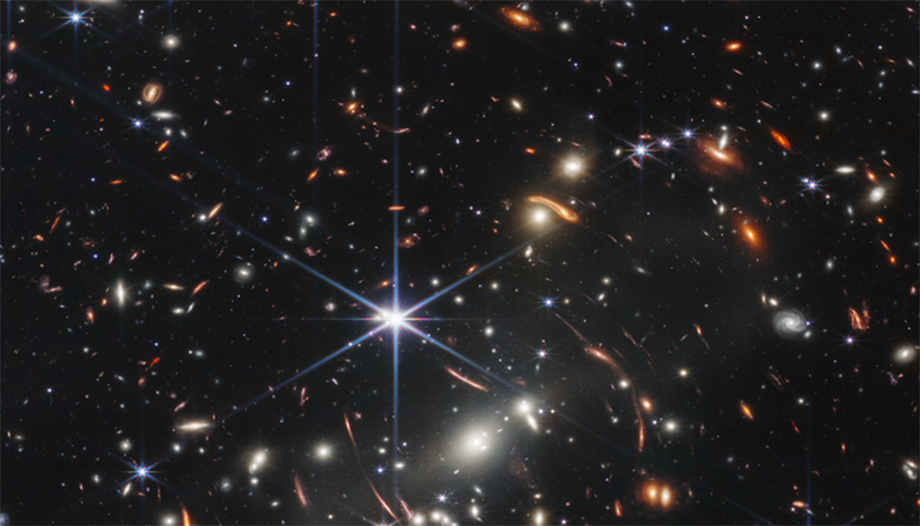 At the White House on Monday, the U.S. president released the deepest and sharpest infrared image of the distant universe taken to date.

The photograph shows the SMACS 0723 galaxy cluster as it looked 4.6 billion years ago (that is how long it has taken light to reach the lenses of the James Webb Space Telescope that captured it).

It is impressive to see how hundreds of galaxies, each with its hundreds of thousands of stars, squeeze together to appear in the color photo.

As NASA explained, the frame captures a portion of the universe as small as a person on earth would see a grain of sand held at arm’s length. How much more we have left to explore!

With the delivery of its first images, Webb has proven to be the world’s premier space science observatory, taking over from the legendary Hubble telescope.

This marvelous ingenuity is the result of a collaboration between the American, European and Canadian space agencies, but President Biden took the liberty of anticipating the publication date agreed with the project partners by one day, to take all the credit with his affirmation: ‘These images will remind the world that the United States can do great things, and remind the American people, especially our children, that there is nothing beyond our capacity.’

The phrase is especially striking when, only a few days earlier, the president had signed an executive order to ‘deny unborn children their most basic human and civil right, their right to life,’ as the archbishop of Baltimore and president of the Committee on Pro-Life Activities of the American Conference of Catholic Bishops affirmed.

Of course, these are two very different issues and it may seem crude to conflate them: but, at bottom, both actions reveal the self-sufficiency not of a person, but of a system that truly believes that ‘there is nothing beyond our capacity’.

The proud man does not flinch at the evidence of unborn human life, not even at the thrilling mystery of unfathomable space. If I am God, who stops me from doing what I want?

It was in the early 1980s when I had the good fortune to watch one of the most famous popular science series in history: Carl Sagan’s Cosmos. I like to repeat that, paradoxically, this magnificent work by a convinced and militant agnostic was key in my life of faith.

I remember ecstatically contemplating the images of our universe and listening to his clear explanations that made me admire the beauty of nature and at the same time the genius of the human spirit that is capable of understanding it and making sense of it.

Those were the years of the Cold War, when the fear of a nuclear holocaust was hovering over the collective subconscious. Films like The Day After or War Games brought us face to face with the harsh reality: life on earth hangs by a thread, the arrogance of a handful of powerful people or a badly configured computer.

In my childish understanding, I could not find an explanation for this double aspect of the human being: someone who is capable of the best and the worst.

I discovered then, and forty years of experience continues to confirm it, that every time the human being tries to take the place of God he fails miserably; and that the truly great people are those who, while doing everything on their part, recognize that they do not know everything, that they cannot do everything.

They are those who, contemplating the immensity of the cosmos, are able to see their absolute spatio-temporal insignificance and, therefore, the absolute value of each inhabitant of planet Earth.

In these 20s of the 21st century, when the nuclear briefcases have been dusted off again, we need men and women capable of being overwhelmed by the inalienable value of every human life, people who put all their abilities, not in favor of death, but in favor of life.

May the contemplation of the James Webb images help us not to become arrogant, not to be mistaken about the human condition and to understand that it is precisely because we are so small and fragile that we are so valuable.