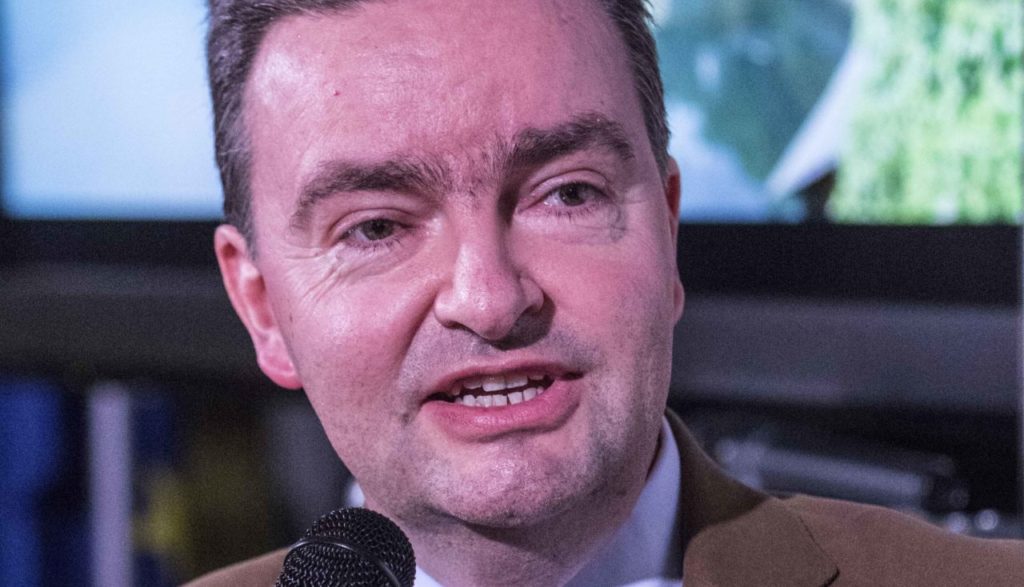 On 1st April, 1922, one hundred years ago, Charles de Habsburg, the last emperor of Austria and king of Hungary, died on the island of Madeira (Portugal), at only thirty-four years of age. Charles I of Austria (Charles IV of Hungary) had only been in Portuguese territory for a few months, where he and his family had been given asylum in November of the previous year. A few months after arriving, his health had deteriorated, and he had died of pneumonia. His wife, Empress Zita, who was expecting their eighth child, cared for him in his last days. His body lies in the church of Our Lady of the Mountain in Funchal, Madeira, far from the crypt of the Capuchins in Vienna where are buried the members of his dynasty which reigned in Europe for several centuries.

His name acquired a special prestige in the Catholic world when he was declared Blessed on 3rd October, 2004, during a ceremony officiated by Pope John Paul II in Rome. The emperor Charles was recognized as a model Christian on account of his virtues and efforts in pursuit of peace, in his support of the measures taken by Pope Benedict XV during the first World War. The Church also saw him as a model of a good Christian ruler, committed to the common good and the teachings of Christian social doctrine. Charles showed concern for his most poor and neglected subjects; he stripped the Court of unnecessary trappings and established the first ministry of Social Development in the world. It is with good reason he was known as “the people’s emperor”.

Since December 2020 Georges de Habsburg-Lorraine, grandson of Emperor Charles, has been the Hungarian ambassador in France. Being both Austrian (where his official name in German is Georg Habsburg-Lothringen) and Hungarian (in Hungarian he is called Habsburg-Lotaringiai Gyorgy) he would have received the title of Imperial Highness and Royal Archduke of Austria, prince of Hungary, Bohemia and Croatia, if the Empire had continued to exist. The ambassador receives us in a reception room of the Hungarian embassy in Paris.

A century after the death of the emperor, your grandfather Charles, Central Europe is at war once more. What thoughts does this bring to your mind?

-To understand the government of my grandfather, there are two elements that seem to me essential. Before all else, Charles was a soldier. You must remember that he never expected to be emperor because he was far down in the line of succession. He was very familiar with war and its consequences. This is an important element to take into account when considering the efforts he made for peace. He knew what war was and because of this he yearned for peace.

Another element I would like to highlight is that he was very young when he succeeded as emperor; he was 29 years old. It is also important to bear in mind that he followed in the footsteps of his great-uncle Franz-Joseph I of Austria who had been in power for no less than 68 years, with all that this signifies. It was a whole system that he inherited. Franz-Joseph’s generals wanted war because they trusted in the power and grandeur of the imperial army. So, Charles had to face enormous opposition. The empire was huge and Charles quickly understood that if they were to go to war the whole future of the empire was in danger, which is exactly what happened.

In spite of opposing the state apparatus, my grandfather did manage to make some reforms, mainly of a social nature. Since he was a fervent supporter of Christian social doctrine, he had well understood that certain radical social changes were necessary as well as a new style of government. This meant he travelled widely throughout the Empire which at that time was not so easy, in order to familiarize himself with the reality on the ground, and the problems and hopes of the people. This was how he came to create the first Ministry of Social Development in the world, and also how he saw that legislation was passed protecting tenant farmers, which was very adequate in a time of war, when many people lacked the money to pay their leases.

Is the figure of your grandfather still relevant in these times of war?

–There is something that strikes me particularly about my grandfather’s life that can inspire many people all over the world. I heard it in the Vatican at the time of his beatification. The emperor Charles was not beatified because he was successful or accomplished great things, because he was a failure politically since he did not bring about peace, and he ended his life in exile. What counts for the life of a Christian is what he does every day, or what he tries to do every day to do good and work towards the common good. And in this my grandfather was quite exemplary. This for me personally is the great message he leaves us and it is very relevant to our present day when we tend to give too much importance to results and not so much to effort.

In a more specifically spiritual way, I think my grandfather is praying for peace to return to Europe. Many people are asking his intercession for this intention. Several of his relics have been kept. In Hungary I don’t think he is so well known. Strangely enough, in France his figure seems to be better known. For example, in Angers there is a high school named after him. I think it is the only school in the world that has adopted the name “Blessed Charles of Austria” Another example: some days ago at an official reception in Versailles one of the guests commented that he had named his son Charles in honour of my grandfather: he was very excited when he came to know who I was!

It is said that Hungary has opted to be neutral in this war. What is the position of your government?

–I think that such a criticism has little foundation. My country is a member of the European Union and NATO, and as such we follow the sanctions and resolutions that have been adopted. On the other hand, we have sent much humanitarian aid to Ukraine and have already taken in some 500,000 refugees. In Budapest the consequences of war are there to be seen with so many displaced persons in the streets. I need not elaborate more since in my own home in Budapest we are accommodating two Ukrainian families.

On the other hand, we have decided not to send weapons to the conflict. We don’t want to risk the lives of our own citizens. I should point out that after the first World War, with the dissolution of the Austro-Hungarian empire ratified by the Treaty of Trianon in 1920, more than three million Hungarians found they were no longer living in Hungary. Today there are about 150,000 Hungarians in Ukraine whom we want to protect. We have already lost six soldiers of Hungarian origin in this war.

Lastly, regarding our energy-dependence, our situation is not quite the same as that of the other member states of the European Union. In effect, we depend on Russia for 80% of our energy needs. To go to war with Russia would be extremely dangerous for our people. Like it or not, our dependence is genuine and a consequence of our recent Soviet-related history.

Today, with war raging in Central Europe, a Habsburg is ambassador in Paris at the time of a French presidency in the European Union. Has the figure of your grandfather been a model for you as a diplomat?

–The vicissitudes of history amuse me very much. For example, some days ago I presented my credentials to the Prince of Monaco because I am also ambassador to the Principality. And I thought: “the twists and turns of history, a Habsburg presenting his credentials to the Prince of Monaco!” But besides these anecdotes of history, I must confess that my grandfather is a constant source of inspiration, though I have to admit that my father had a much greater influence on my career choice. My father, Otto de Habsburg, the eldest son and head of the house of Habsburg, was a political visionary and European member of parliament for over twenty years. He played an important role in the process of European construction and helping the states that formerly belonged to the empire become members of the European Union.

He was very aware of our family’s historic responsibility in the twenty-first century, which had taken an active part in European politics for almost one thousand years, and taught us how to live in today’s society, to study and work like anyone else. I did my university studies in law, history and political science in Austria, Germany and Spain. I was at the Complutense University in Madrid to study contemporary Spanish history and Islamic culture, which was not offered in Munich. Then I began to work in communications. Thirty years ago, I settled in Hungary, of which I have been an ambassador since 1996. My father gave a special importance to the study of languages, and, thanks to him, I can speak six languages (German, Hungarian, French, English, Italian and Spanish), which have all been very useful in my work as a diplomat.

What activities are planned for the 1st April 2022, the centenary of the death of your grandfather, Charles?

–The main activity will be a Mass to be held in the church where he was buried in Madeira. More than one hundred family members will attend. At first, I did not plan to be present because on Sunday 3rd we shall have important elections in Hungary, and in the French embassy we shall be busy helping organize the voting. Nonetheless, the Hungarian Deputy Prime Minister was kind enough to ask me to be present in Madeira for the occasion, and so I shall have the joy of witnessing this great event.