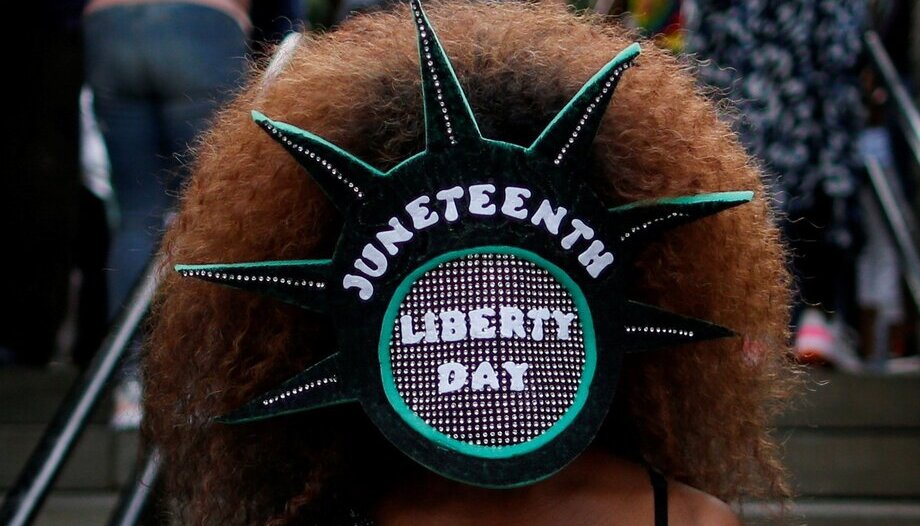 The States introduced a national holiday in 2021 under the mandate of Joe Biden, who called it “one of my greatest honors as president”. The event is known as “Freedom Day” or “Liberation Day”. This anniversary, celebrated especially in the African American community, was felt particularly keenly in 2020 after George Floyd’s murder by police in Minneapolis.

Slavery forms part of the history of mankind and its roots go very deep. One of the first people to break the tradition was Jesus Christ, followed by those who spread his teachings. In his letter to the Galatians, St Paul writes: “for in Christ Jesus you are all sons of God through faith. There neither Jew nor Greek; there is neither slave nor free; there is neither male nor female; for you are all one in Christ Jesus” (Gal 3:26-28).

Several centuries of Christianity were needed to spread opposition to the practice. From early times it was considered deeply opposed to the message of love, freedom and equality in Christian teaching.

In the Middle Ages

Medieval Europe was the only civilization that proved capable of first mitigating and later abolishing the buying and selling of human beings because of its Christian message of the dignity and value of each person. In 1102 the Council of London issued the first explicit condemnation of mass slavery: “let no-one take part in this wicked business which was in common practice here in Anglia, whereby men were sold as if they were beasts”.

At the end of the twelfth century, the Frenchman, Jean de Matha founded the Order of the Most Holy Trinity. This project of the religious life combined devotion to the Trinity with the work of freeing from slavery, in particular the ransom of Christians who had been taken prisoner by the Moors. The Order made a special effort to redeem captives because they knew that captives would be offered freedom if they renounced their faith. More recently the Order of the Most Holy Trinity has carried out its work of liberating people in different ways, specifically the new forms of enslavement, such as prostitution, alcoholism, drug addiction, etc. or helping bring the destitute out of poverty.

During the years of the opening up of the American continent, the thought of the different popes had matured into a definite opposition to the practice of slavery, which had become much more widespread with increasing numbers of Indians, Africans, etc. From the 15th to the 19th century, papal bulls and excommunications for traffickers were quite common.

In 1492, the year of the discovery of America, Pope Pius II reminded a bishop in Portuguese Guinea (now Guinea Bissau) that slavery of Black people was “magnum scelus”, a very serious crime. Later on, the popes made use of excommunication to express their total rejection of the practice. For example, Pope Urban VIII in 1639 and Pope Benedict XIV in 1741.

In 1815, when the Congress of Vienna decided how to divide up the African continent, Pope Pius VII asked them to prohibit the slave trade. And in 1839, Pope Gregory XVI repeated the pronouncements of his predecessors in a Bull in which “he admonishes and implores” Christians to cease being guilty of the “enormous infamy” of slavery, “that degrading commerce in which Black people…are bought, sold and sometimes forced to carry out work beyond their strength”.

In the nineteenth and twentieth centuries, the opposition of the Church became much more severe, such that the 1917 Code of Canon Law castigated slavery including it among the crimes “against life, liberty, property, good reputation and morals”. Lay people who have been justly condemned for murder, “abduction of children of both sexes, selling of men as slaves” and other wicked practices, “must be automatically excluded from any ecclesiastical act and salary, if they were being paid one in the Church, with the obligation to repair any damage”.

The Second Vatican Council mentions slavery in a long list of “shameful” practices that offend human dignity. Finally, the Catechism of the Catholic Church (1994) condemns slavery in the section on the seventh commandment, “you shall not steal”.

In recent years an initiative has taken root in the life of some religious women called Talitha kum. It has aroused a deep desire for dignity and life that has been latent and wounded by many forms of exploitation. Human trafficking is a complex, many-faceted phenomenon that harms tens of millions of people and the whole human society. The activities of Talitha kum are addressed to all people deprived of their freedom and dignity, independently of their style of life, race, religion, financial situation or sexual orientation.

Evidently in the twenty-first century slavery has not been eliminated and is expressed in different ways that evolve with time. Throughout the history of the Church we come across many theological arguments from the times of the Fathers condemning the practice. For example, emphasizing that God is the creator of all men and women who enjoy equal capacity and dignity; some men controlling other men is a consequence of the sin of man; Christ’s sacrifice liberated all men equally from the slavery of evil; all men, including non-believers, are capable of faith in Christ; slavery is an obstacle to conversion to God owing to the bad example of Christians.