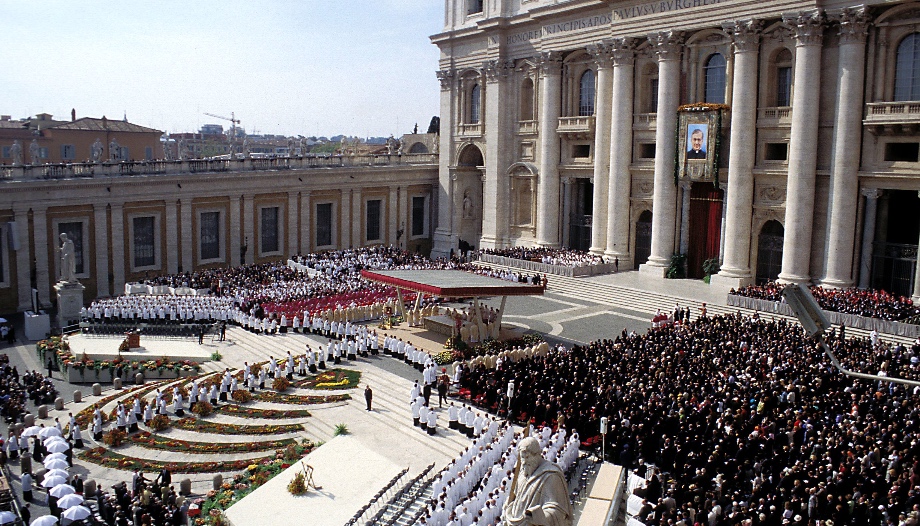 Founded in 1928 by the priest St Josemaría Escrivá, Opus Dei is currently the only personal prelature in the Catholic Church, and recently, with the publication of the Apostolic Constitution Prædicate Evangelium on the Roman Curia, it was transferred to the auspices of the Dicastery for the Clergy and away from the Dicastery for Bishops, as had been the case until now.

The prelate of Opus Dei, Mgr Fernando Ocáriz, has published a brief note on this motu proprio in which he stressed that Opus Dei ‘filially accepts’ the new ruling.

Strengthening the charism of the Work

In his note, the prelate of Opus Dei underlined the Pope’s interest in protecting ‘the charism of Opus Dei’, since he wishes, as John Paul II expressed earlier in the Constitution Ut sit, ‘that it may always be an apt and effective instrument in the salvific mission which the Church carries out for the life of the world.’

For this reason, Mgr Ocáriz encouraged the faithful of the prelature to ‘strengthen the spirit that the Lord instilled in our founder and to share it with many people in family, work and social environments.’ Its purpose, he said, is to ‘spread the call to holiness in the world, through the sanctification of work and of family and social occupations.’

When making public the document, the Holy See’s media also underlined this objective of protecting the charism of Opus Dei and promoting the evangelising work carried out by its members in the world. For its part, Opus Dei has published on its website an explanation of the new document in the form of ten questions and answers.

Specifically, the new motu proprio, for example, modifies the text of article 5 of the Apostolic Constitution Ut sit. It is now replaced by the following: ‘In accordance with Art. 117 of the Apostolic Constitution Prædicate Evangelium, the Prelature depends on the Dicastery for the Clergy, which, according to the subject matter, shall evaluate the relative questions with the other Dicasteries of the Roman Curia. The Dicastery for the Clergy, in dealing with the various questions, shall make use of the competencies of the other Dicasteries through appropriate consultation or transfer of files.’

This means that ‘all matters pending in the Congregation for Bishops concerning the Prelature of Opus Dei will continue to be dealt with and decided by the Dicastery for the Clergy.’

It also changes the frequency with which Opus Dei must, from now on, present a report on the situation of the Prelature and the development of its apostolic work. The report will now be annual and not five-yearly, as laid down by the Constitution Ut sit.

The motu proprio also states that, as a result of these modifications, ‘the proper Statutes of the Prelature of Opus Dei shall be suitably adapted upon the proposal of the Prelature itself, to be approved by the competent bodies of the Apostolic See.’

The prelate will not be a bishop

With regard to the status of the prelate of Opus Dei, Ad charisma tuendum establishes that the prelate will not receive episcopal ordination.

The purpose of the Apostolic Constitution ‘is to strengthen the determination that, for the protection of the particular gift of the Spirit, a form of governance based on charism more than on hierarchical authority is needed.’

‘The Prelate of Opus Dei is granted, by reason of his office, the use of the title of Supernumerary Apostolic Protonotary with the title of Reverend Monsignor and therefore may use the insignia corresponding to this title.’

In relation to this matter, Mgr Fernando Ocáriz stressed that ‘the episcopal ordination of the prelate was not and is not necessary for the governance of Opus Dei.’ In fact, St Josemaría Escrivá, the founder of Opus Dei, was not a bishop. His first successor, Bl. Alvaro del Portillo, was ordained bishop in 1991, three years before his death; Mgr Javier Echevarría was ordained bishop in 1995, shortly after taking over the government of the Work.

In the same vein, Mgr Ocáriz encouraged an enlivening of the family spirit proper to Opus Dei, pointing out that ‘the Pope’s desire to emphasise the charismatic dimension of the Work now invites us to strengthen our family environment, one of affection and trust: the prelate must be a guide, but, above all, a father.’