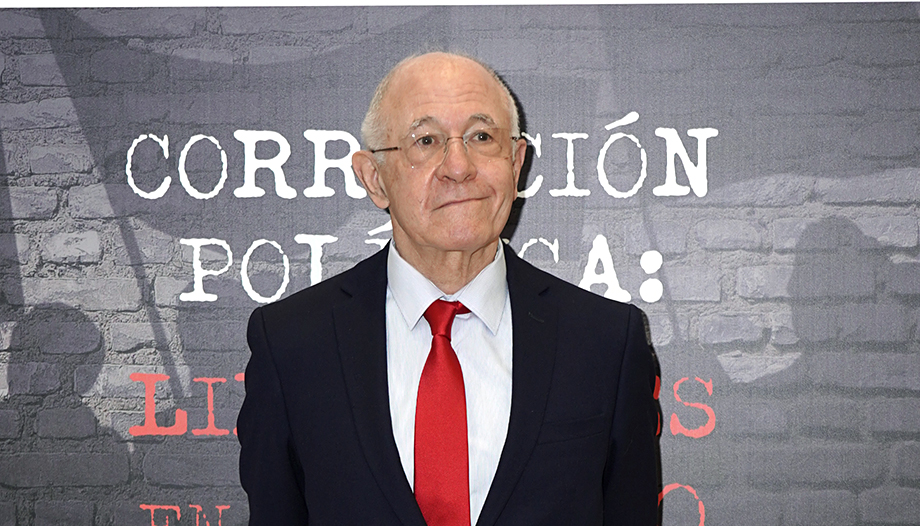 It was a half-hour conversation but it left its mark. Like a “distant disciple of Socrates” (Prof. Elio Gallego), the philosopher Remi Brague “is capable of telling truths with emphasis and impact like someone telling a child a bed-time story, quietly but effectively”, Professor Jose Perez Adan once wrote.

“In the programme of the Congress I am introduced as a historian, but this is not quite true because I am a philosopher who reads historical works, and I see around me an interpretation of the modern world, which is to erase the past and start from scratch, just as the International does” is his opening remark.

“I am a philosopher,” he specifies, “and it is very flattering for all my colleagues to be thought dangerous, people who may be subversives just because they are in search of the truth”, he says.

-What I meant is simply that history can appear to be one story after another, which provides useful material for journalists who don’t really know what to say. I am not a journalist, I am only a philosopher who is compelled to view things from a philosophical angle, and this present movement deserves to be examined from both a philosophical and historical point of view.

In the programme of the Congress, they introduce me as a historian, which is not true because I am a philosopher who enjoys reading historical works. History interests me in so far as it is an indication of something broader, and therefore in my explanation I begin with a few extraordinary facts and then proceed to something more wide-ranging and comprehensive, and my conclusion is that the modern world is trying to start again from scratch, to erase the past just like the International. But this approach goes back much further than that. It starts with the struggle against ancient prejudices, which Descartes places on the individual plane: “I have to get rid of my childhood prejudices”. And from the individual plane it spreads to the collective in what we know as the height of the Enlightenment. And later with the French Revolution, and so on and so forth.

In your explanation you referred to those movements that oppose classical languages. In Spain, philosophy has been removed as a compulsory subject in high school. What do you think this means?

It means two things. First, concerning classical languages. They play a very important part in the cultural history of the Western world, in Europe and the overseas territories. For the first time in history, a civilization has set out to form its elites by means of the study of another culture.

For example, Chinese culture is based on the study of the Chinese classics, whereas European civilization has formed its elites through the study of ancient Greek, and this is the case in Salamanca, Paris, Oxford, Cambridge, Uppsala and everywhere.

The elites were taught to think of themselves as degenerate compared to Greek civilization which was idealized. The Greeks were as brutish and deceitful as anyone else. An interesting example. There is an Arab author of the 10th century called Al-Razi, who writes: “The Greeks were not in the least interested in matters of sexuality”, because for him the Greeks meant Aristotle., and that was everything. He had no idea of the writings of Aristophanes, not to mention the public baths. The study of Greek had the advantage of giving the minds of Europeans, despite all their arrogance, a healthy inferiority complex.

What about the suppression of philosophy?

I am a philosopher, and it is very flattering for my fellow philosophers to be considered dangerous; a group of people who can be subversive just because they seek the truth. The worst enemy of falsehood is truth. It is very interesting that these people, perhaps quite unawares, admit they don’t want philosophy. What they are really saying is: we don’t want to seek the truth.

You say that in one way or another our culture should go back to a kind of Middle Ages.

Let me repeat what I said at the beginning. I do not idealize the Middle Ages. What interests me about this period are its thinkers, my “colleagues from the past”, if you wish: the philosophers. They could have been Judeo-Christians, but also Christians or Muslims. For example, there are many interesting things in Maimonides, one of my great loves, as French grammar would have me say…

What I find especially interesting, if I am to choose just one thing, is the adaptability of the transcendental properties of being. The world is good. Technically, yes, of course; but it can also be expressed very simply: The world is good in spite of everything. This is an act of faith. Because when one looks at oneself, he can see he is not so beautiful as he thought at first.

Please explain this act of faith…

This is important because we do not need God to tell us: “Leave your moustache as it is or cut off your beard”. We don’t need God to tell us: “Don’t eat pork, or “Ladies, wear a veil”. We have hairdressers and barbers and tailors. We are intelligent enough to decide how we dress, what we eat, etc. In Christianity, God intervenes only when he truly has to, when it is really necessary. God does not get in our way, meddle or impose himself and tell us ‘Do this or that or the other thing’, but makes us see that we are capable of understanding what is good for us.

Let us speak a little more about classical culture. You referred to it in your presentation.

Very often people who are against the study of classical languages are on the left of the political spectrum. For them, Latin and Greek are the distinctive feature of the educated classes, namely those who can permit themselves to learn just for the love of culture, as compared to the working classes, etc. Of course, there is a grain of truth in this.

All the same, this line of reasoning shows only one side of the truth, which is much more complex. First, some thinkers who can be considered among the most radical precursors of the revolutions of modern Western history and thought received a classical education, which didn’t stop them from being the main agitators, each one in his own way. Karl Marx and Sigmund Freud had studied in what were known as the “Classical gymnasiums” (as opposed to the scientific gymnasiums). Charles Darwin studied in universities where a knowledge of Latin and Greek were taken for granted. Not to mention Nietzsche, perhaps the most radical of all, who was a professor of Classical Philology.

Can you give modern man some words of optimism and hope when he notices all these ideas are making him depressed?  Perhaps it is a rather theological question…

I wish to change gear and go into top theological gear. I will speak of the devil. Our image of the devil is often one disseminated by the public relations department of hell. Unfortunately, it is the one given by probably the second greatest English poet after Shakespeare, that is John Milton. The devil as a kind of rebel who wanted to take the place of God. It would be odd for me to while away my time chatting with the devil; it would be a big mistake to call the devil by phone. The devil is clever enough to understand this, and therefore it is a deceptive, Promethean image. On the other hand, in the Bible the devil appears as the one who makes man believe that he doesn’t deserve God to take an interest in him, that he is not worthy enough. For example, the first chapters of the book of Job are exactly that.

In the New Testament. In the fourth gospel, the devil is a liar, the one who would have us believe that God will not forgive us, that His mercy is finite. The great temptation is despair.

And the Church gives us a well-constructed system, namely the sacraments, confession, the Eucharist… If we take this seriously, the ball is in our court, and now it is up to us. 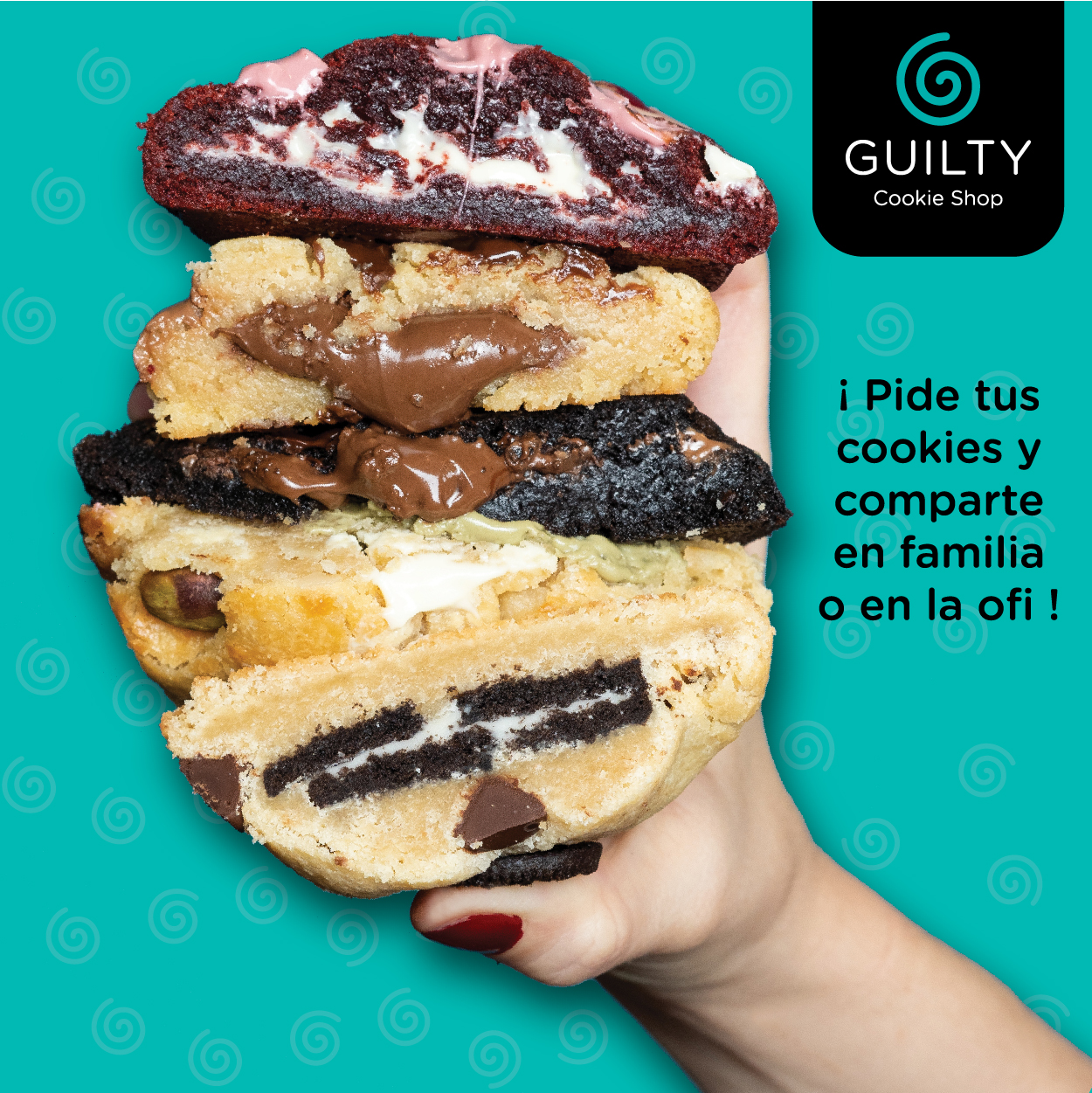