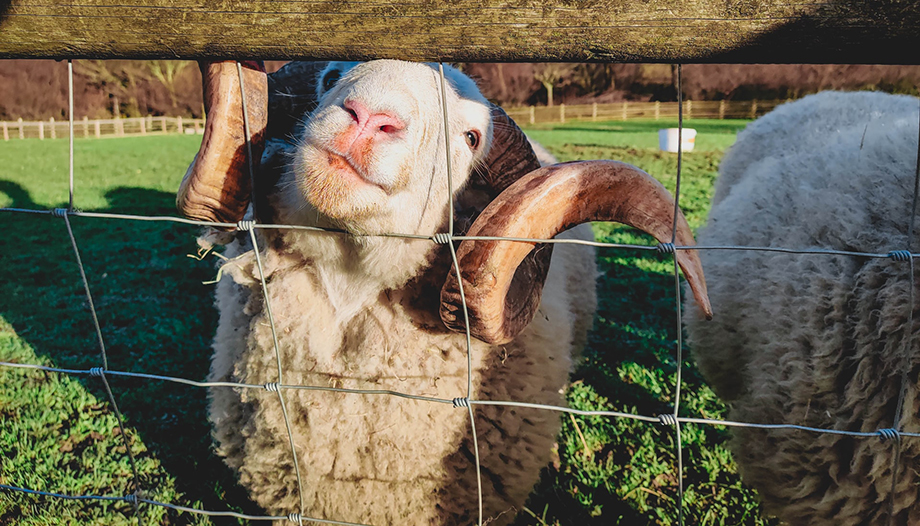 There is a well-known anecdote, more or less pious, about a priest who, walking through the countryside, came across a shepherd tending his flock. Impelled by a "burst of mysticism", the priest began to ask the man, not exactly prolix in words, about his work and his flock:

-How many sheep do you have?

-And, does it distinguish each of them?

The priest was getting more and more excited, and then he dared to ask THE QUESTION:

-And if one of them gets lost in the bush, you go and look for it, don't you?

To which the pastor replied:

-Me, look for that fool? Go and let her fall off the cliff!

Go ahead and let him go off the cliff!... How many times have we not said or thought at least something similar about someone who has ignored us, humiliated us, attacked us... and suffers a contradiction... It is the "he deserves it"... That, if not desire for evil, at least, feeling of "divine justice" realized (thank goodness that divine justice is not governed by our human parameters).

The teaching of this parable, which Luke collects in different "versions": the drachma, the sheep... is that, unlike what a "rational" person would do, God loses his head for each one of us.

Come to think of it, what the lady messes up for a drachma almost cost her more than the coin itself; or what could have happened to the other ninety-nine sheep walking alone in the bush (considering that they are not the smartest animals in nature), we could understand that it would be best if the other adventurous fool is... because he deserves it.

The truth is that the emphasis has often been placed on the lost sheep, the one that goes off to discover new places, the one that does not realize that the shepherd who loves her well, takes her on the best path. However, many times, we can be in the group of the ninety-nine, of those who see how the shepherd goes out of his way for that ungrateful one that leaves... without realizing that, like the elder brother in the parable of the prodigal son, many times it is our heart that is on the edge of the precipice, even if we are sitting in the pew of a church.

Christ died for each one of us on the cross, and he gives each one of us the confidence to "go it alone" when he has to take care of the one whom, many times, we have already judged, condemned and put aside "because he deserves it". God does not calculate the profit of one or of ninety-nine, because we are all unique, we are one (one plus one, plus one...) in his heart and he has come to look for all of us when we have gone to see what was beyond the path that he has not shown me.

I remember many times a person whom my brothers and sisters in the faith had made suffer for various reasons. He had every reason to be angry, proud, to turn his face to them many times. When asked how he could act kindly towards them, he answered: "If God has forgiven me so many things, how can I not forgive them? It would be to think I was smarter than God". He had every reason to say: "go and let them fall off the cliff..." But no, there he was, with the heart of the Shepherd, gathering ungrateful sheep with a smile.

P.S. I can't finish this article without this video that I saw a few days ago and it sums it up perfectly 🙂