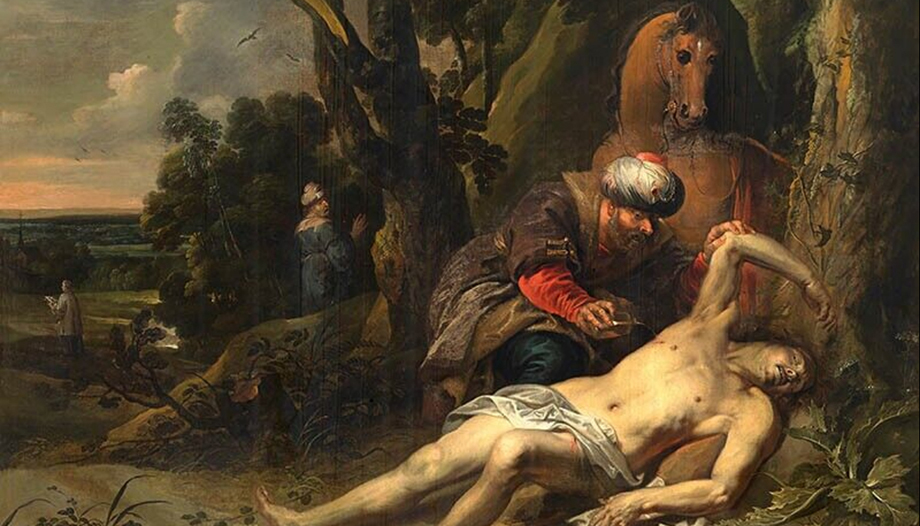 One of the characteristics of Luke's Gospel is the emphasis placed on the merciful God. The parables of chapter 15 (lost sheep, lost drachma and prodigal son) are emblematic in this sense. This mercy is embodied by Jesus Christ, when he is moved and attends to the needs of others (cf. Lk. 7:13; 11:14; 13:10; etc.). But Jesus demands that his disciples also practice the same mercy. The words of the Sermon on the Mount ("...") are the words of the Sermon on the Mount ("...").be ye perfect as your heavenly Father is perfect".(Mt 5:48) has a new nuance in the discourse in the plain: "be merciful as your Father is merciful."Lk 6:36). This teaching is masterfully narrated in the parable of the Good Samaritan.

A doctor of the Law is "raised"and said to Jesus "to tempt him": "What can I do to inherit eternal life?" (Lk. 10:7, 25). These seem to be two incompatible attitudes: "tempt" to the Master and want to "inherit eternal life". But Jesus wants to take advantage of the occasion, because behind this tempting interrogation - a radical question - may hide a sincere desire for truth and greater coherence. The Master's answer makes the roles change: the doctor turns from interrogator to interrogated: "What has been written in the Law, how [do] you read it?" (Lk. 10:26), Jesus answers him. These two questions seem to refer first to what Scripture says and second to how it is to be interpreted.

The scribe responds only to the first, alluding to two texts of Scripture: "You shall love the Lord your God with all your heart and with all your soul and with all your strength and with all your mind. [Dt 6:5], and your neighbor as yourself [Lev 19:18]." The Master praises him and invites him to practice what he already knows. But the doctor wants to justify himself by asking who his neighbor is. The answer, a parable, will serve to clarify the Master's second question: How do you read the Scriptures? The love of God is unquestionable, but the practice of loving one's neighbor implies taking a position, which, in the doctor's eyes, seems to be questioned. Even so, the question is asked, and the dialogue can continue.

The parable is perfectly placed. A man goes down from Jerusalem to Jericho and is assaulted by bandits and left half dead. Coincidentally, a priest was also going down the same road, and seeing the man, he avoided approaching him, perhaps to preserve legal purity (cf. Lev 5:3; 21:1). So did a Levite: he passed by, saw him and did not come near him either. Both, as if returning from exercising their priestly function in Jerusalem, are not capable of combining love of neighbor with the service of God. However, a third man, considered despicable because he was a Samaritan, passes by and sees him, "moved to compassion"more literally "his insides were moved". The sequence of the three characters is the same: they pass by and see him. The first two avoid the encounter, the third "has compassion". It is the same verb that Luke uses when Jesus saw the widowed mother whose only son was being taken to be buried. "The Lord saw her and had compassion on her." (Lk 7:13).

This is the key word of the parable: "commiserate" (in gr: splanjnizomai), in clear contrast to "passed by". The Samaritan, from the inner movement of the heart, moved to action: "He came to him and bandaged his wounds, pouring oil and wine on them. He mounted him on his own mount, led him to the inn and took care of him himself. The next day, taking out two denarii, he gave them to the innkeeper and said to him, "Take care of him, and whatever you spend extra I will give you on my return.""" (Lk 10:34).

Who is my neighbor?

At the end of the parable, Jesus' question inverts the terms of the doctor's question, who wanted to know the extent of the precept of love of neighbor. He wanted to know how far the precept of neighborly love extends. Are there limits? Are there people who are excluded from this neighbor? However, Jesus tells him: "Which of the three do you think was the neighbor of the one who fell into the hands of the robbers?" (Lk. 10:36). It is not a matter of knowing who my neighbor is, but of being one's own neighbor by the way one acts: to be moved to compassion in the face of the suffering of others and to do what is possible to alleviate it.

Faced with such a clear account, the doctor does not hesitate to identify the one who behaved as a neighbor, and responds with the key idea of the text, this time using a synonymous word: "He who had mercy on him." (Lk 10:37, in gr: eleos). Jesus concludes with a response similar to the first invitation: "Well, go ahead and do the same." (Lk 10:37). It is easy to imagine a smile on Jesus' face in connection with the invitation, seeing that the doctor knew how to rectify his initial attitude.

With his compassion, Jesus embodies the God whose mercy is infinite (cf. Ps 136). Moreover, by showing the Samaritan taking care of the poor wounded man and inviting the innkeeper to do the same in the following days, Jesus, in his passion and death, embodies the figure of the Samaritan, taking upon himself our infirmities and bearing our sorrows (cf. Is 5:4). And so the two commandments are united in action: loving adherence to God is reflected in behaving as a neighbor to others, taking Jesus as our model, for it is he who has made himself neighbor to all men.