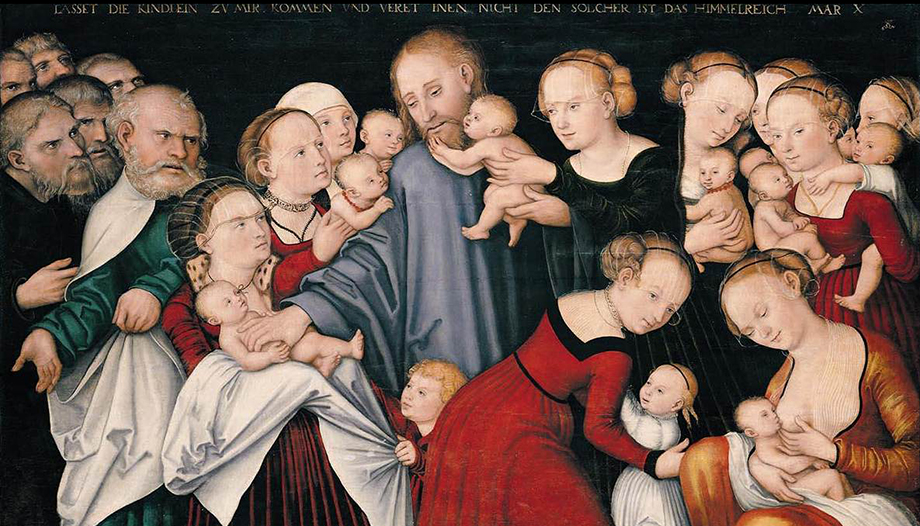 After the parable of the rich man who laid up treasures for himself, Jesus continues to teach on the same theme. He speaks of trusting in God's providence, inviting us to observe the lilies of the field and the birds of the sky, and to trust in the Father who knows what we need. And he concludes with the consoling phrase with which today's Gospel begins: "Fear not, little flock, for your Father has seen fit to give you the kingdom.". The "fear not" of Jesus in Luke we had heard it said to individuals: to Peter, when calling him after the miraculous catch of fish; to Jairus, when he was told that his daughter had died, as the angel told Zechariah and Mary.

This is a "do not be afraid" addressed to a community, even if it is in the singular, to the little flock, a very sweet name that Jesus gives to the group of his own and that is applicable to the whole Church. It is a "fear not" addressed to all of us personally (in the singular), but as participants of the flock, of the Church. The reason for not fearing is even sweeter: because Jesus tells us that the "Father" is ours. In Luke, Jesus prefers not to use the word God when he addresses his people, but rather "your Father". He reveals to us his condition of Father and urges us to have a filial relationship with him. He is not a distant, solitary and abstract God. He has paternal feelings of joy in giving the great gift to his children: it has given him pleasure to give us the Kingdom.

The theme of waiting is introduced by the book of Wisdom, which speaks of Israel: "Your people waited for the salvation of the righteous", and by the letter to the Hebrews, which speaks of Abraham: "While waiting for the city of solid foundations whose architect and builder was to be God.". Jesus deals with it in three brief parables centered on the dynamics of the servants' waiting for their master. Twice he reiterates the great beatitude of those servants if the master finds them awake and vigilant when he returns. And the reason is that he himself will place himself at their service.

Peter asks if the parable is only for them as apostles or for all. Perhaps he thought that the metaphor of the servant was suitable only for the twelve, or that only for them was the beatitude reserved. Jesus makes him understand that we are all servants and that we will all be blessed. But for the faithful steward, who is the head of all the servants, as Peter is for the Church, the reward is linked to his giving the right food to the other servants. Then he will be blessed, because he will put him in charge of all his possessions. Jesus, who came to serve and is among us as the one who serves, promises us that he will maintain this attitude for all eternity. And this is and will be for us a source of great joy.

The homily on the readings of Sunday 19th Sunday