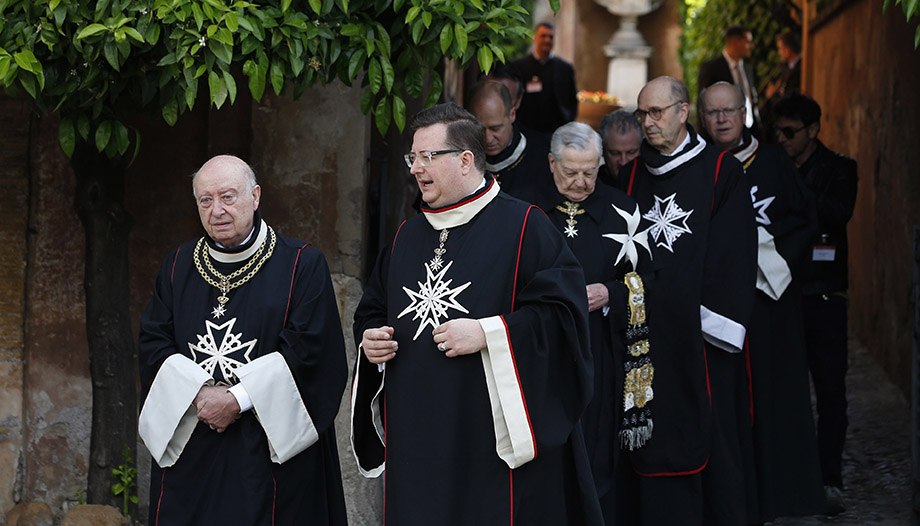 The Order of Malta renews itself: new Constitutional Charter is promulgated

The Sovereign Order of Malta is one of the oldest charitable institutions in the world; it is headquartered in Rome and operates in 120 countries where it assists people in need through its medical, social and humanitarian activities.

It is a lay religious Order of the Catholic Church (combining the religious reality with that of knights) since 1113. It is also a subject of international law, the Sovereign Order of Malta maintains diplomatic relations with more than 100 States and the European Union and has permanent observer status at the United Nations.

The Order is headed by the Grand Master, who rules both as sovereign and religious superior and is assisted by the Sovereign Council, over which he presides. The first seat in Rome was on the Aventine Hill, initially entrusted to a Benedictine monastery and then transferred to the Knights of Malta. The construction of the Magistral Villa was then completed in the eighteenth century.

Today, the Order of Malta is particularly active in the medical sector, and has been present for several centuries in most parts of the world, where its 13,500 members, 95,000 permanent volunteers and qualified personnel work. There are 52,000 professionals - most of them medical and paramedical personnel - who form an emergency relief network for refugees and displaced persons living in conditions of war and conflict.

Assistance to victims of natural disasters and armed conflicts has intensified in recent decades. Through its National Associations, its volunteer corps and its international relief agency, the Order of Malta provides emergency medical and humanitarian assistance and works with affected populations to implement reconstruction and disaster prevention programs.

The Order of Malta has intervened to support refugees, displaced persons and migrants in general. For example, refugees fleeing Syria are received at the Malteser International field hospital in Kilis, on the Turkish border. The hospital has 100 beds and can perform emergency operations. Thanks to cooperation with local partners, Malteser International also supports 9 medical centers, of which 3 are mobile clinics in the Aleppo region of Syria.

Its oldest hospital presence is in Palestine, where a hospital was established in the city of Bethlehem in 1895 and operated for almost 100 years until the hospital was forced to close in 1985 for political and social reasons related to the Arab-Israeli conflict. But that same year the Order of Malta decided to reopen a 28-bed maternity wing. Over the years, the hospital has increased its commitment, drawing on foreign aid (European Union, United States, etc.).

The Order of Malta often intervenes in the face of disasters and natural catastrophes. Emergency interventions have taken place in recent years in Indonesia following the earthquake and tsunami of September 2018, in Nepal following extremely severe earthquakes, in the Philippines devastated by Typhoon Haiyan, in the famine-stricken Horn of Africa, and across Europe, where relief corps respond to floods and extreme weather events. In Haiti, the poorest country in the Western Hemisphere, long-term sustainable development projects are underway.

Diseases and epidemics are a constant challenge, leading to intervention in the case of leprosy, a disease famous throughout history, in addition to "more modern" diseases such as tuberculosis, malaria and HIV/AIDS, which are currently the leading causes of death in Africa. Malteser International, an international aid organization and agency based in Cologne and New York, has been active for almost 60 years and currently organizes more than 140 projects in 35 countries in Africa, Asia and the Americas.

The Order of Malta has a history of centuries, even millennia, and it is understandable that its headquarters are located in the center of Rome. There are three such places: the Magistral Palace, the Magistral Villa and the House of the Knights of Rhodes.

At first, the palace served as the seat of the Order of Malta's ambassador to the Papal States. Two centuries later, when the Order arrived in Rome in 1834, it became the residence of the Grand Master and the seat of his government.

The Italian Republic granted this seat the right of extraterritoriality.

The same right of extraterritoriality applies to the Magistral Villa, located on the Aventine Hill and housing the seat of the Grand Priory of Rome.

It has hosted some of the most significant events in the institutional life of the Order in recent times: the elections of the last six Grand Masters and the feast of St. John the Baptist -patron saint of the Order- which has been celebrated annually in its gardens on June 24 for centuries.

The Villa Magistral also boasts an important artistic treasure: its church, Santa Maria in Aventino, is the only architectural example of the artist Giovanni Battista Piranesi (1720-1778), who modified an ancient plant established in the tenth century, when there were Benedictine monks.

Very famous is the so-called "keyhole", where visitors arriving at the Aventine come to peer into this keyhole that frames the dome of St. Peter's Basilica.

House of the Knights of Rhodes

The House of the Knights of Rhodes is a building in the heart of the Roman Forum, in its part dedicated to Augustus. After a long history over the centuries, it was entrusted to the Order of Malta at the end of World War II, and this assignment is due to the fact that this 13th century building belonged to the Knights of St. John of Jerusalem, a chivalric order with a long history that merged with the Sovereign Military Order of Malta.

The Order of Malta renews itself: new Constitutional Charter is promulgated
It's happening...
Newsroom
Education
Newsroom