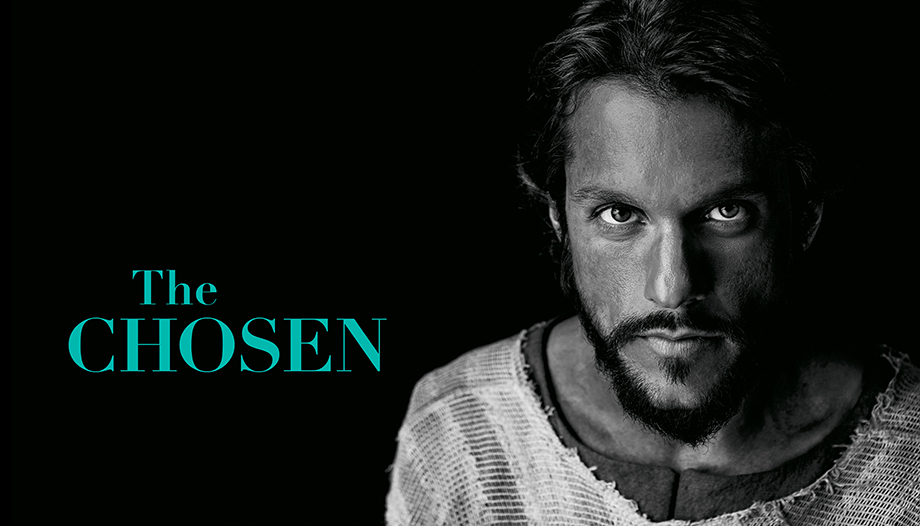 Photo: One of the promotional images of "The Chosen" ©AngelStudios

Through a micro-patronage project, as ambitious as it is risky, a group of American filmmakers decided to recreate the Palestine of the time of Jesus Christ through a long-running dramatic series, outside Hollywood and the major production companies.

The result was, back in 2018, a true revolution in the audiovisual panorama, both from the point of view of its production and distribution and, especially, from its content. It was not released on usual platforms or in North American cinemas, but was allowed to be viewed completely free of charge, through a website, relying on the gratitude by way of donations and diffusion through word of mouth.

Several years later, The Chosen has been seen in more than 100 countries and has literally changed many people's vision of Jesus of Nazareth and his twelve apostles. Of the seven seasons planned, two have been released to date, and the third will soon be available.

On the initiative of the distributor "A Contracorriente", the series has been dubbed into Spanish and begins its distribution in Spain. On the one hand, it will be available on DVD and Blu-Ray, and it is also scheduled for release on December 2 in movie theaters, in three screenings of several chapters at a time. Subscribers to the distributor will also be able to watch the chapters via Internet.

The innovation of The Chosen consists of placing the focus not on the figure of Jesus Christ, but on that of his apostles and the people who coincided with him in first century Palestine.

Director Dallas Jenkins, co-author of the screenplay with Tyler Thompson and Ryan Swanson, meticulously recreates the space and time in which Jesus lived, relying scrupulously on historical sources in terms of costumes, setting, social and religious customs, and, in short, on how daily life in those lands of the east developed. But, once these foundations are laid (very firm, I insist), the screenwriters let their imagination run wild to configure a possible world, a story with endless possibilities that concerns the apostles, the Romans, the Pharisees, the publicans, the Sadducees and everyone whose name appears in the Gospels.

The Chosen is very clear that it does not want to explain history, since that is not the function of the Gospels either. The series intends to tell us a story that could have happened this way, as it could have happened in another way. Taking the Gospel story as a starting point, characters with problems, dreams, worries, joys, virtues and defects are configured.

We only know about St. Peter's impulsiveness, his bravado and his condition as a fisherman, which is respected and reflected in the story. But, from there on, wide is Castilla to imagine how he related to his neighbors, how he subsisted to earn his bread and what was his relationship with his wife and his brother Andrés.

The same happens with Matthew, of whom Sacred Scripture only tells us that he was a tax collector. But why did he dedicate himself to this and not to any other occupation? How did the contempt of the Jewish people affect him?

And so also with Mary Magdalene (how much she suffered from being possessed by seven demons), and so on and so on with the string of evangelical characters.

Without a doubt, the series shows great affection for its characters, who exude authenticity from the very first minute.

Through the staging of daily conflicts, of the real problems they suffer, The Chosen It exudes a fresh air, without indoctrination or sanctimonious sentimentality.

The viewer is challenged by the characters' own actions, their way of life and, especially, their evolution, which in many cases is the result of their encounter with Jesus.

In this sense, when we pointed out earlier that Jesus Christ is not the protagonist of the story, but that those who knew him more closely are placed in the foreground, it is important to clarify: the story does not narrate the lives of those who met Jesus; it narrates how the encounter with Jesus changed the lives of those people.

Because Jesus Christ is the nexus of union of all the plots, he is the glue that articulates the whole story. Without a leading role, without apparent dramatic relevance, he is the one who gives meaning to this biblical story. If it were not for Him, we would find independent stories, with more or less interest, some about fishing and others about the Romans, some about the Sanhedrin and others about domestic discussions.

The interaction between these different characters, the mending of each of the plots, gives rise to a panoramic view of the presence of Jesus Christ in Palestine. The viewer approaches Jesus through the eyes of all the characters that coincide with Him, and it is this perspective that builds such a wide window.

On the other hand, The Chosen knows how to find the appropriate tone for the different scenes of each chapter. Like life itself, there are moments of violence and revelry, of reflection and impulsiveness.

The director perfectly combines jokes and entertainment with really dramatic, hard and shocking situations for the viewer. The latter situations are handled with delicacy, suggesting rather than explaining, in order to avoid discomfort.

In short, The Chosen invites the viewer to become another character in the Gospels, to interact with the apostles, the blind men, the Pharisees and every inhabitant of Palestine. Whoever is looking for a detailed historical reality about the lives of these men, in a purist attitude, will not find it. The proposal is to imagine a possible and plausible world. Whoever wishes to enter this world with the intention of dreaming will enjoy it.