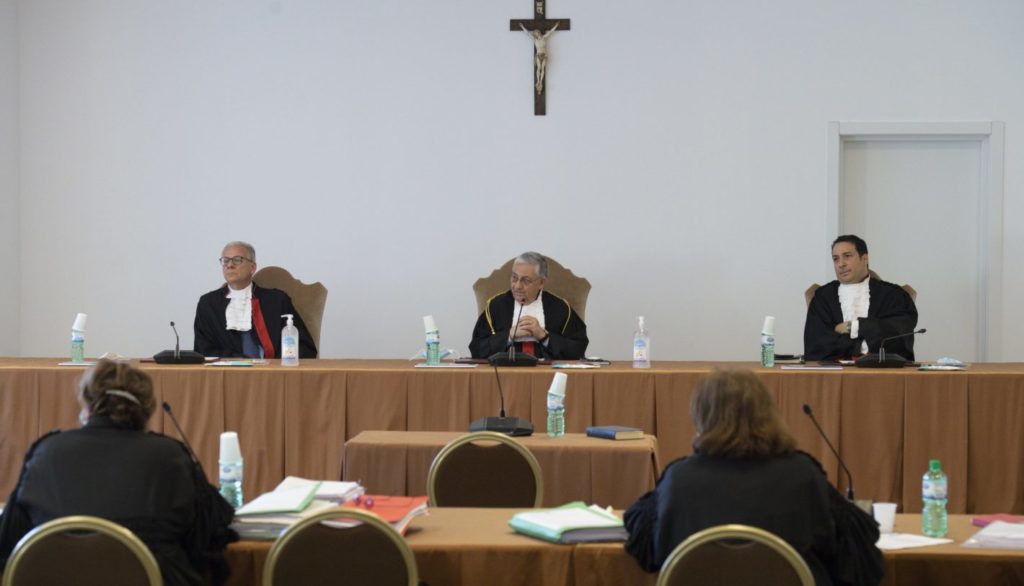 One of the great problems Benedict XVI had to face during his pontificate was the cases of sexual abuse of minors committed by priests and religious. Despite the numerous efforts and measures that were taken, it was not enough, indeed, we could say that he did not have enough time. Pope Francis has taken this situation very seriously, as evidenced by the norms he has issued during his pontificate to deal with this cancer within the Church.

Are the rules enough?

As a priest and as a jurist, I ask myself the following question: are norms enough to bring order to a society? The Church is a mystery, it is the Mystical Body of Christ, at the same time, it is composed of men and women, all the baptized, among whom there is a series of relationships and an exchange of goods, not necessarily nor principally of a material nature, but, above all, of a spiritual nature. Hence we speak of the Church as a society and of her having her own juridical order, canon law. However, as in every society, the norms are not sufficient to order it. For example, the fact that in a State there is a penal norm that prescribes that anyone who appropriates someone else's property will be punished with a prison sentence of 4 to 8 years does not mean that theft does not occur.

Since the promulgation of the motu proprio Sacramentorum Sanctitatis Tutela (SST), in 2001, with the subsequent modifications, as well as the norms promulgated by Pope Francis, the cases of sexual abuse against minors have not diminished, perhaps they did at the beginning, when the scandals became public, but today sexual abuse committed by members of the clergy continues, and we are not only talking about scandals with minors, but also about acts against the sixth commandment and that imply a breach of the promise or vow of celibacy expected of a priest or a religious.

What is needed then? Many things. The moral problem on the part of members of the Church begins with the formation of priests and religious, in the process of discernment and selection, as well as the accompaniment they should have throughout their lives. Here we are going to deal with the juridical aspect, trying to answer the first question.

"The right sense of justice."

It should be stated that laws are not effective by themselves. For their correct application it is necessary to understand the norm and something else, which we can call "a right sense of justice". Let us give an example. If, in a diocese, the bishop wants to implement all the measures prescribed by Vos estis lux mundi (VELM), SST, Code of Canon Law as reformed in Book VI on penalties by the Apostolic Constitution, "The Code of Canon Law as amended by the Apostolic Constitution Pascite gregem Deietc., a minimum knowledge of the law and of rights is necessary. One of them is the principle of presumption of innocence. That is to say, all these rules must have as a principle the presumption that the cleric or religious person in question is innocent until proven guilty.

Hence the need for a judicial process, with principles, stages, evidentiary means and resources that are aimed at guaranteeing effective judicial protection, that is, that any person can go to the Church's courts when he has suffered a violation of his rights. The counterbalance, as it is of justice and common sense, is that the accused of a crime has the guarantee of just that, that he is an accused, even in the quality of investigated at first, before the complaint is formalized. He will be innocent, and must be treated as innocent, until the sentence, duly grounded on the procedural acts and evidence, says that he is guilty.

What we see in the news and in current practice is that the accused is already guilty and must prove his innocence. As an example, we have the case of Cardinal George Pell, who had to fight for three years for his innocence. It is commendable the attitude of Pope Francis who did not remove him from the post of prefect of the Secretariat for the Economy while the judicial process in Australia lasted, but granted him permission to travel and appear before the justice of his country, precisely because he was innocent until there was a final judgment, until all instances were exhausted.

When these principles and fundamental rights are not respected, the blind application of the norms could lead to serious prejudices, from the point of view of justice and law. Let us think of the severe measures that are usually taken when a priest is accused, and he is immediately suspended from all his assignments. Of course, this precautionary measure has a raison d'être: to remove the possible offender from people to whom he could do harm, since past experience shows us that the pederast was moved to another parish and continued to commit crimes. But prudence is one thing and treating the accused as guilty is another. In other cases, without an adequate distinction between a judicial process and an administrative sanctioning process, the latter is chosen in order to carry out the criminal process more quickly, and it is forgotten that it is an exceptional procedure, when there is sufficient evidence or strong probative elements against the innocence of the accused, which merit taking him through this route, which does not have all the guarantees of the case. Thus, an accused may find that an investigation has been initiated against him and that he is called to testify in what we can call an evidentiary hearing, when the evidence has already been practically acted upon, and with few options or means to defend himself, as would be fair.

Article 2 of the motu proprio VELM prescribes the creation of an office to receive reports or complaints about possible crimes. The idea of this norm is that there should be an obligation to investigate on the part of the Ordinary, for example, the bishop, in addition to the victim having the possibility of being heard. However, it should be specified here that this office is not a judicial body, much less the mere receipt of the complaint is synonymous with guilt, but it is a matter of guarantees or means to avoid cover-up. Throughout this investigation, the principle of presumption of innocence must always prevail, as well as a serious work to collect testimonies or evidence to help discern whether there are sufficient elements to initiate a judicial process in the Church. However, we consider that this is an easy way out of a bigger problem.

If the tribunals of the Church are properly constituted and organized, there would be no need to create these offices of which VELM speaks, since this investigative activity should be carried out by an organ of the judiciary of the diocese, which has adequate preparation, precisely to gather all the necessary information that allows them to make a judgment on the possible existence of a crime or not, but not on the guilt of the person being investigated. At the same time, it is understandable that it has been proposed to create this type of office, since on many occasions some bishops have not been able to respond to the request for protection of persons who have suffered abuse or inappropriate conduct on the part of priests or religious.

Last year was published a report ordered by the Church in France on the abuses committed by the clergy between 1950 and 2020, whose figures have left more than one breathless. It is only fair to clarify that the figure presented, 216,000 victims, is an estimate made by the commission commission from the 2700 victims identified between 1950 and 2020, and another 4800 from files found. However, this does not detract from the fact that not a single abuse should have occurred within the Church, much less should they have been covered up. Something similar is expected in countries such as Spain, where the Episcopal Conference has requested an audit from a law firm.

Since the case of the Church in the United States, which came to light with the investigation of the newspaper The Boston GlobeFrom the recent case of the Church in France, we can see the magnitude of the problem that the Church has had to face, for which emergency measures were necessary, with little capacity for reflection, first of all to know the causes and to be able to prevent, starting with a very simple question: why have my clerics and religious committed these abuses or failed to fulfill their promises or vows of chastity? What happened in the process? Next, it is necessary to identify the means at the disposal of the Church, one of them, and the one we are dealing with, is the Law. But law is not a tool that can be used indiscriminately. Law has principles that emanate from natural law and from things.

In this way, it must be used and applied with justice and with a right sense of things, otherwise, we would be committing an injustice again. Thus, it is necessary that the Church, when legislating to deal with the sexual scandals we are talking about, take its time, not too much, to reflect on the phenomenon it is trying to regulate; the principles and rights that must be respected justly for the achievement of the purpose of that norm, as well as the effects that such a norm could generate in the Church. Possibly we are far from putting an end to the problem of abuses, as long as the cause of them is not addressed, which merits a detailed and interdisciplinary study, interdicasterial I would dare to say. Until that happens, canon law can offer some tools, as long as it is done with justice, not only with legality. In this way justice and mercy would be lived with all parties involved, including God's holy faithful people, to paraphrase Pope Francis.

Cardinal Marc OuelletThe real cause of abuse is not celibacy, but lack of self-control and affective imbalance".
It's happening...
Newsroom
Education
Newsroom