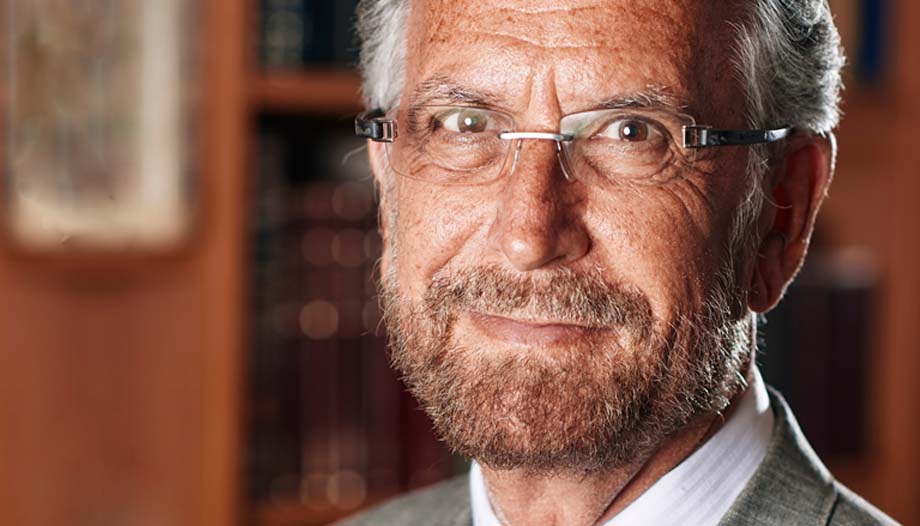 Francisco José Gómez de Argüello and Rabbi David Shlomo Rosen are the new doctors honoris causa by the Francisco de Vitoria University. A recognition of the contribution of both in the path of interreligious dialogue, especially Catholic-Jewish.

A tireless advocate of interreligious dialogue and the search for peace in the Holy Land, David Rosen is a former President of the International Jewish Committee for Interreligious Consultations and one of the International Presidents of the World Conference of Religions for Peace. In November 2005, Pope Benedict XVI named him a Knight of the Pontifical Equestrian Order of St. Gregory the Great for his work for reconciliation between Catholics and Jews.

- What does it mean for you to receive this honorary doctorate together with Kiko Argüello?

The honor bestowed on me by the Francisco de Vitoria University is even greater for me to be associated with the extraordinary Kiko Arguello. Few people have been gifted with as many talents as he has.

Kiko has been blessed by the Creator and the movement he has created is a magnificent testimony of them. Today he is one of the most important Catholic realities in promoting a renewed brotherhood between the Church and the Jewish people.

- Do you think there is a good relationship between the Catholic community and the Jewish community?

- You defend the role of religious beliefs in the construction of a society of progress and peace. However, there is no shortage of voices that argue that religions should refrain from intervening or influencing the social or political sphere. What do you think of this?

There is a profound difference between a "marriage" between religion and politics, and religion playing a constructive role in political life. When religion becomes a partisan political entity or dependent on political interests, it often compromises its values and even becomes corrupted as a result. Indeed, terrible things have been done and continue to be done in the name of religion.

However, our religions call us to live according to clear values and ethics. We are obliged to pursue them for the betterment of society, and politics is an essential vehicle in this regard. In other words, religion must not become a political entity in itself, but must engage in a creative tension with politics.

There is a profound difference between a "marriage" between religion and politics, and religion playing a constructive role in political life.

- In recent years, have proposals for interreligious and social dialogue, such as those you advocate, regressed or advanced?

Interreligious dialogue and collaboration have advanced by leaps and bounds in recent decades and we can even speak of a golden age of interreligious engagement. However, it is still far from having an impact on the lives of most people.

- How do the internal divisions of the communities themselves, whether religious or social, influence this path of dialogue?

We can say that, nowadays, the divisions are more inside of the religions that on religions. A more open and expansive approach from within our religions is opposed by those who fear losing their own authenticity. This is understandable, but we must not capitulate to this approach which, in the end, diminishes the power and message of our religious traditions.

We cannot allow interreligious dialogue to reduce our religious identities to the lowest common denominator.

- You have in-depth knowledge of Europe and the Middle East. In the case of the Israeli-Palestinian conflict, do you believe that a lasting peace agreement will be reached or is it a "hopeless case"? What premises are necessary to make progress in the pacification of this land?

Religious people do not believe in "hopeless cases". Truly religious people always have hope because God's mercy is unlimited and there are always new possibilities.

I believe that peace among the latter now depends on a regional framework, which in many respects is more possible today than ever before.