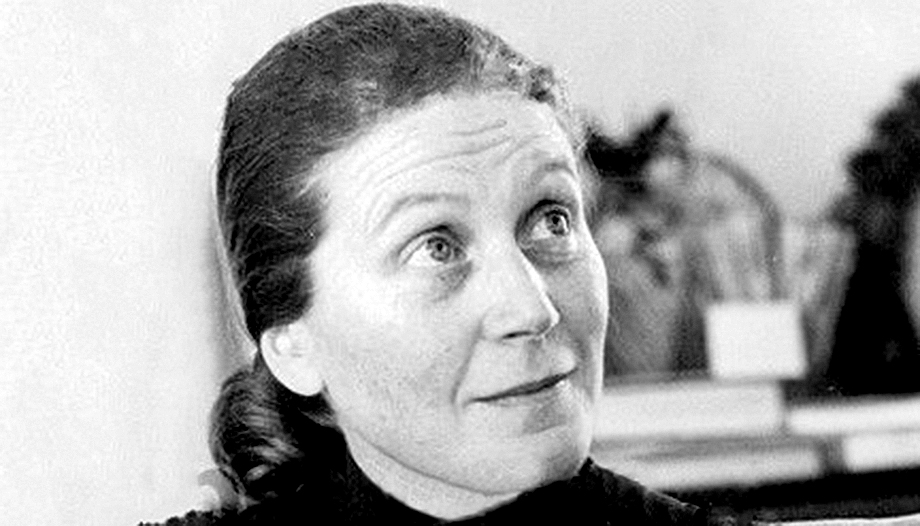 A little less than ten years ago, the daughter of Stalin (1878-1953), the architect of the most horrendous and bloodthirsty communist dictatorship of the 20th century, died at the age of 85 in a residence in Richland County, Wisconsin (United States) - under the name of Lana Peters. Svetlana, born in 1926 to his second wife Nadezhda Alliluieva, was Stalin's only female child. Svetlana, a reddish-haired, blue-eyed girl, was called by her father "the little butterfly". Her father had a soft spot for her. "princess of the Kremlin". "The only person who could soften Stalin was Svetlana." recent biographer Rosemary Sullivan (Stalin's daughter: the extraordinary and tumultuous life of Svetlana Alliluieva, p. 188).

We find paradoxical the tender image of this terrifying character who, besides having built an empire of ideological and political persecution, denied people any religious freedom. As Borges has expressed in his Apocryphal Gospel: "Woe to the poor in spirit for under the earth he shall be what he now is on earth.". Never would Stalin have imagined that the wings of his beloved butterfly would finally fly toward that God whose face he had been denied to know and love. In his Twenty letters to a friend writes Svetlana in 1963 from Zhukovka, near Moscow: "I believe that now, in our time, faith in God is precisely faith in good, and that good is more powerful than evil, and sooner or later it will triumph, it will win." (Russia, my father and me, 1967, p. 111).

"Life is not what one lived but what one remembers and how one remembers to tell it." said Gabriel García Márquez, winner of the Nobel Prize for Literature in 1982. Perhaps this is the reason why this autobiographical book by Svetlana Stalin has had such an impact on us. Through the use of letters to a friend, the emotions put into play and the words she has chosen to narrate them capture the reader. The climax is in the suicide of her mother with a small pistol -when Svetlana was only six years old- due to a confrontation with her husband. We are deeply moved by the fact that Svetlana was able to glimpse a glimpse of hope in her inner self, in the midst of a life full of conflicts and hostilities.

His days were spent within the walls of the Kremlin, with the secret police at school, in the streets, at friends' gatherings, on walks in the garden, at every step; to this we can add his various marriages and broken loves, hectic and troubled moves in search of a more humane life, a picture of loneliness attached to his passage through life and the disappearance of many of those he loved for being opponents of the regime. At this crossroads of adverse situations, he was able to forge a genuine faith and a lyrical relationship with the God of hope: "Lord, how beautiful and perfect is Your world: every little herb, every little flower and every tiny leaf! And You still continue to help and sustain man in this dreadful and maddening agglomeration, where only nature, eternal and powerful, gives him strength and comfort, spiritual balance and harmony." (p. 110).

In 1963 she abandoned the atheism in which she had been educated and was baptized in the Russian Orthodox Church in the Church of the Deposition of the Virgin's Mantle in Moscow. "When I turned 35, after having lived and seen more than a few things, despite having received from society and my family a materialistic and atheistic education since childhood, I placed myself among those for whom it is inconceivable to live without God. And I am happy that this has happened". (p. 111). Svetlana would always remember the comforting words of Father Nikolai Golubtsov: "He said that God loved me, even if I was Stalin's daughter."

"Stalin's daughter, always living in the shadow of her father's name, would never find a safe place to land." Sullivan will write (p. 25). In 1967 he left the Soviet Union to live in Switzerland and finally in the United States, with a constant movement through different countries, cities and houses, as Olga, his youngest daughter, will refer: "We were always moving. It was back and forth." (p. 371). Although he earned a lot of money with his work Russia, my father and me, He wasted it and never got used to living in a capitalist system. He was interested in different religious traditions.

She was a great reader: "I read a lot. In my father's rooms there was a huge library that my mother had started to put together, which no one used but me." (p. 209). Many years later he will read Raissa Maritain (1883-1960), the Russian Jewish convert to Catholicism, wife of the French philosopher Jacques Maritain.

In December 1982 Svetlana was received into the Catholic Church on the feast of St. Lucy in Cambridge, England. In a letter dated December 7, 1992, she wrote that she attended the sacraments every day. At the end of her life, at the age of 85, she was admitted to the Pine Valley Hospital and struggling with the disease, he asked the nurse to call a priest. "When this one came." -Sullivan writes (p. 452), "offered Svetlana words of peace to comfort her." Many years earlier Svetlana had written in her autobiography: "When Pope John XXIII exhorted peace, he called to believe in the triumph of good and that good will overcome evil in man." (p. 111). In the case of Stalin's daughter, it seems to us that the power of evil was decapitated in the very center of its barbarism and that her butterfly soul flies towards God proclaiming with St. John of the Cross that "in the afternoon you will be examined in love". (Sayings of love and light, n. 59).