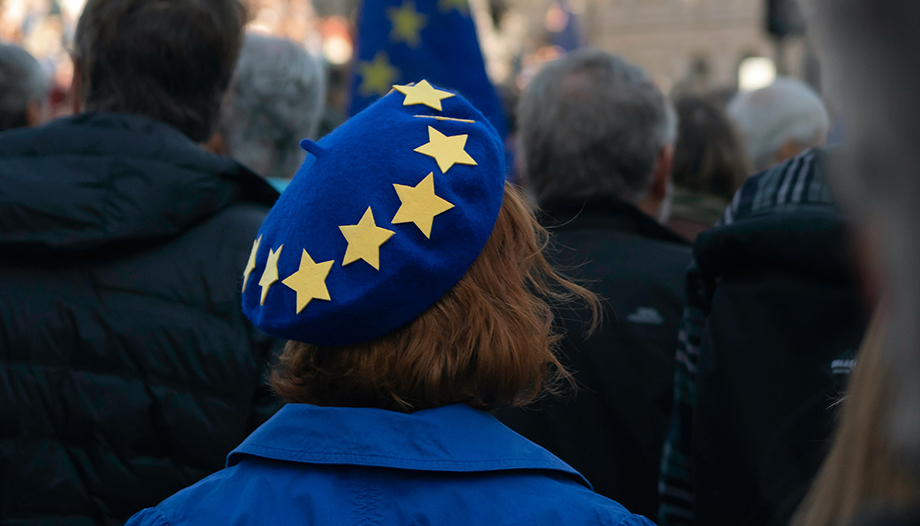 For decades Europe has decided to break with its fundamental roots to introduce a cultural revolution that translates into a hostile secularism and an emotional nihilism that enjoys the active or passive consent of the people. All this is manifested in abortionist and euthanasic policies, the aging of the population and materialistic individualism far removed from transcendence.

The alternatives in the face of this drama are limited and for many there is almost no room for action. However, in the midst of a confused Europe, re-education in the history of Christianity and the assimilation of the beauty of Catholic roots may constitute the channels for some solution.

The eminent English historian Christopher Dawson rightly identified the relevance of spirituality in the dynamics of history. In his works Dawson understands that Europe is made up of very dissimilar peoples, with ancestral claims, whose only element of cohesion for centuries was the preeminence of Christianity.

The strength of the Christian influence in the construction and preservation of Europe is really significant and it is convenient to recall it succinctly by means of a few notes:

It is unforgivable that the Christian contribution, and in particular the Catholic one, has been so blatantly ignored and the consequence of this situation is not trivial: Europe is experiencing a violent break with its Christian heritage, which is causing the loss of its moral basis and its vital energy.

The founding fathers of the European Union, Konrad Adenauer, Alcide De Gasperi and Robert Schuman emphasized the importance of Christianity as a key element for European unity and for countering the resurgence of Nazism or the rise of communism. Even Robert Schuman warned that a democracy separated from Christianity would inevitably end in anarchy or tyranny. In that sense, the elimination of any reference to Christianity in the European Constitution was symptomatic.

Any construction that claims to be civilized - such as the European Union - is functional if it is accompanied by a morality that gives it a guarantee of survival. Otherwise, any institution is doomed to dismemberment or disappearance. To avoid this, history is an excellent tool to safeguard in the long term the beauty of the Christian heritage and to protect authentic European values.

The re-education process should also be based on immediate physical evidence. Europeans are privileged to be surrounded by splendorous cathedrals, churches, basilicas and works of art of Catholic evocation that exhale a beauty that can be moving and, above all, inspiring.

Europeans are privileged to be surrounded by works of art of Catholic evocation that exhale a beauty that can be inspiring.

No matter how much contempt a person may feel for the Catholic religion, he or she should not be indifferent to the magnificence of the Chartres Cathedral or the Basilica of the Holy Family. These and other buildings involved superhuman efforts and have astonishing proportions full of beautiful symbolism. Even the pictorial perfection of the Gothic stained glass windows has as its purpose the illumination of the soul to represent the fact that the acquisition of knowledge was the product of divine illumination (St. Augustine). Additionally, it would be strange that a person of the 21st century would not be moved by the vivid sentiment of the Blessed Virgin holding her son Jesus Christ in her arms after the crucifixion as depicted in Michelangelo's magnificent "Pieta".

The way of beauty - the "Via Pulchritudinis"constitutes a powerful path to lead people to the wonders of faith. Joseph Ratzinger in "The Feeling of Things, the Contemplation of Beauty" argues that beauty is an effective tool for the apostolate. It is not in vain that the Catholic religion has several additional expressions of incalculable beauty that are not limited only to buildings, such as the liturgy and, especially, the Eucharistic liturgy.

The Catholic liturgy is an expression of God's glory and a glimpse of heaven on earth. Therefore, its beauty is not a mere decoration; it is a constitutive element that manifests itself through gestures and objects that human nature requires as supports to be able to rise towards divine realities. In the face of frequent criticism concerning the alleged wastefulness of liturgies, art or architecture, St. John Paul II always recalled the anointing of Bethany in which the woman poured a precious perfume on the head of Jesus Christ that provoked the disciples' angry complaint. However, Jesus Christ appreciates the gesture as an anticipation of the honor that his body deserves even after death. In any case, the absolute beauty lies in the unrepeatable figure of Jesus Christ. Christianity is centered on a truth that never ceases to amaze: God, the creator of the universe, the one who surpasses the unimaginable, became man and took on our tiny and fragile nature.

Therefore, as a society, Europe has, in this way, the way to find its own identity and, especially, its survival, because as Franz Kafka said: "Whoever maintains the ability to see beauty never grows old".

"To educate in the contemplation of beauty is to open the mind to its essence."
It's happening...
Newsroom
Education
Newsroom