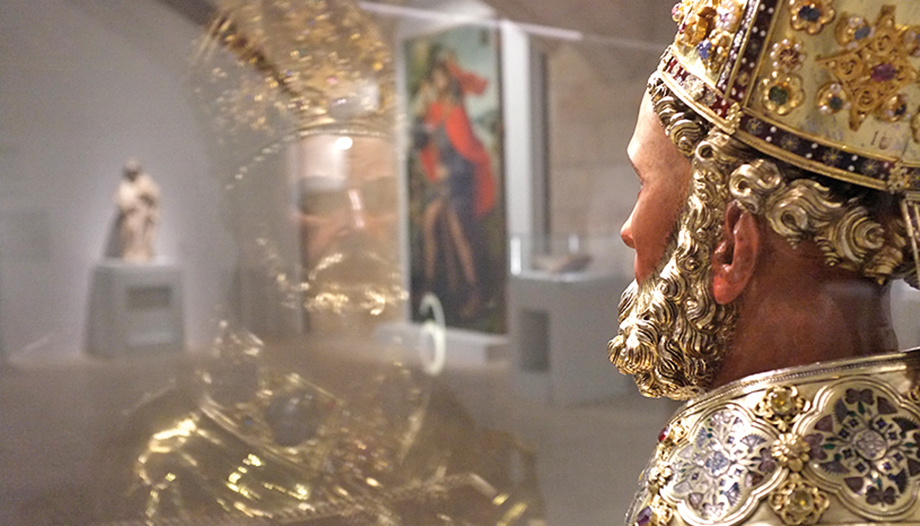 LuxThe light, like the eternal light of the Morning Star, the Virgin Mary, the protagonist of the story of the exhibition that this year the Ages of Man Foundation is developing in five venues spread between the capital of Burgos, Carrión de los Condes and Sahagún.

The multiplicity of venues as well as the breadth of the works that comprise Lux The main purpose of this exhibition, in the words of José Enrique Martín, Technical Secretary of the Fundación Edades del Hombre, "the most ambitious and complex of all those held so far". and which celebrates the first quarter century of life of a unique cultural project in Spain which, as Martín Martín highlights "has been consolidated as a brand thanks to the twelve million visitors that have accompanied us to date, and also as a result of the work of research, conservation and dissemination of religious cultural heritage, especially in Castilla y León"..

Lux brings together two major themes: the meaning and importance of the great cathedral constructions and the figure of the Mother of God under whose invocations many of these cathedrals were consecrated between the years 1000 and 1550 in Spain.

The Marian presence, as highlighted by the Technical Secretary of the Ages of Man Foundation, is especially important from the eleventh century onwards when "The Virgin Mary is the patron saint of many cathedrals and her image appears with great prominence on the episcopal see, presiding over altarpieces and also in the representation of different passages or moments of her life, collected in the Gospel, such as the Annunciation but also other moments narrated in apocryphal texts".

This Marian devotion did not remain only in the great cathedrals but is materialized in a multitude of monasteries, chapels and sanctuaries, with special presence in the Camino de Santiago with landmarks such as the towns of Carrión de los Condes and Sahagún and their temples.

The Cathedral of Santa María de Burgos is the setting for the first of the major themes of this exhibition: the one dedicated to cathedrals. 'Faith and art in the age of cathedrals (1050-1550)'. consists of seven chapters that cover the important work of bishops, cathedral councils, workers, patrons and craftsmen in the construction of cathedrals, together with the artistic manifestations of a pilgrim Church on earth, which looks to eternal life after death and enjoys the divine presence and the action of God through his saints. All this together with an extensive chapter dedicated, as it could not be otherwise, to the Virgin Mary.

For their part, the Carrión de los Condes and Sahagún sites focus their exhibition on the figure of the Mother of God. Under the subtitle 'Ecce Mater Tua', this second part of Lux shows a selection of works that highlight how the scenes and devotional titles of the Virgin Mary focus the artistic manifestations, with an important presence in the Castilian-Leonese heritage.

A selection of unique works

Lux has the contribution of works from all over Spain. Not in vain, 37 cathedrals have collaborated with various pieces in the first part of the exhibition, dedicated to the development of the cathedral venues. A wealth of exhibits that continues in the cathedrals of Carrión de los Condes and Sahagún. In this sense, Enrique Martín points out, "we can find works by famous masters of our art. Medieval exponents Fernando Gallego, or Renaissance as Gil and Diego de Siloe or Pedro Berruguete, without forgetting Juan de Juni. Delving into the Baroque we find works by Pedro de Mena, Gregrorio Fernández, Luis Salvador Carmona or painters of the stature of Alonso Cano and Ribera himself.".

The quality of the exhibition design is always one of the hallmarks of the Ages of Man exhibitions, a hallmark of which is the quality of the exhibition design. Lux is deserving. This is how José Enrique Martín describes the way in which, on the basis of his leitmotif, the exhibition makes a significant "The play of external light that invades the interior of the temples as a visual metaphor of the divine presence in the Church. Of that light that emanates from God and that leads us through Christ, with the mediation of Mary, along the path of life"..