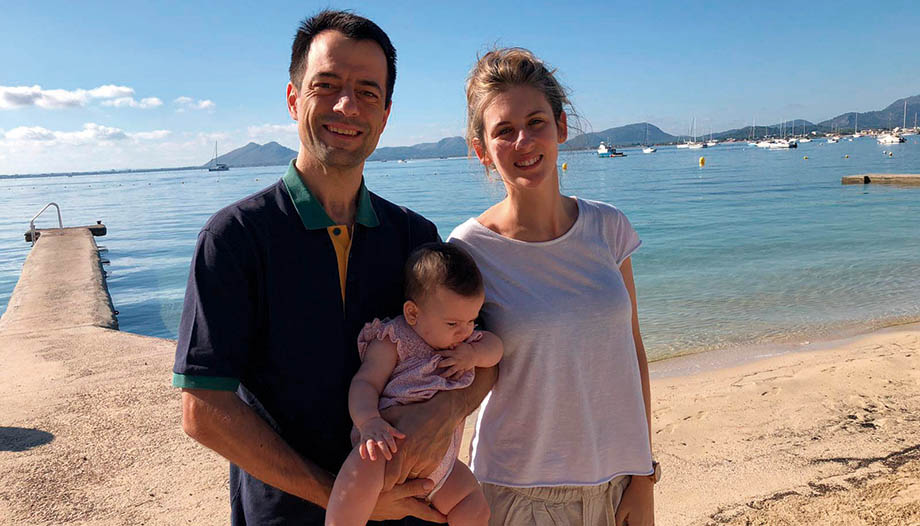 Have you faced, or has any woman you know faced, circumstances such as those described below?

-You have irregular cycles or long periods without menstruation, or somehow you think that there is something abnormal in your cycle and when you consult with your doctor he/she tells you that "it's normal" or tries to prescribe the contraceptive pill to you for "regulate the cycle".

-You have very painful menses and other disabling symptoms and the only thing you have been offered (again) is oral contraceptives or an IUD.

-In your marriage, children are not coming despite the fact that you have been open to life for some time. The doctors have only offered you assisted reproduction techniques without doing more than a very basic study, and they have told you afterwards that you are "infertility of unknown origin" or that there is a male cause whose only solution is in vitro fertilization.

If you have been in this or similar situations, don't despair! There is an answer that Medicine can give you. And that answer is Naprotechnology.

When I am asked what field of medicine I work in, I usually say that I take care of fertility and the health of women and marriages. If I may elaborate a little more, I explain that I work in a subspecialty called Naprotechnology. Usually the response is an astonished face, which is why I have to rush to define this little word.

Naprotechnology comes from Natural Procreative Technology or Natural Procreative Technology, and is defined as "...".the new science that works cooperatively with the female cycle".. This means first of all that it is based on scientific facts, on very solid research, and that it is a medical science. It is about studying in an orderly way in order to diagnose pathologies and to treat them. It especially refers to gynecological pathologies and therefore it must also deal with both members of the couple together when they suffer from infertility. The word "natural" within the definition indicates that in this science the nature of the conjugal act is maintained, without obviating or damaging it (as occurs in assisted reproduction and contraception).

Although infertility is the most common pathology we treat, Naprotechnology is not limited to infertility alone, but treats all pathologies of the female cycle, such as irregular cycles, premenstrual syndrome or painful menstruation, as well as other gestational pathologies such as repeated miscarriages, postpartum depression, or the threat of premature birth. Therefore, it is not only addressed to couples with fertility problems, but to all women with cycle problems.

30 years in the United States

Thomas Hilgers, the director of the University of California, took as his own the appeal of St. Paul VI to the men of science in the famous encyclical Humanae VitaeIn order to help husbands and wives live the doctrine of the Church, he began to investigate the natural methods of fertility awareness.

In his research, which began in 1976 and culminated in the complete description of the method in 1980, he developed the system more than 40 years ago. metodo Creighton for fertility awareness, a system based initially on the standardized development of the Billings ovulation method. She surrounded herself with a team of collaborators with whom she began the research and development of the system.

The metodo Creighton is based on the adequate knowledge of the couple's fertile and infertile periods, and is based on the studies of Dr. Billings on cervical mucus, performing, as a novelty, the standardization of the method.

This means that it converts the subjective observations of each woman into objective ones, i.e., standards where they can recognize the same categories of mucus. Moreover, being a standardized method, all teaching and learning processes are marked, having a common pedagogy for all parts of the world.

It is a program based on the pillars of learning, service and research. The professionals who teach the method have a very complete training that lasts 13 months and are closely supervised during this time.

During his studies of the female cycle, Hilgers was able to verify that in the graphs that women made, alterations could be observed that correlated with specific health problems. And this was the beginning of Naprotechnology, a science that, although "young", has been developing in the United States for about thirty years. In Spain it is still young since we are celebrating this year the fifth anniversary since the first female doctors -the first one was Dr. Mena, in Zaragoza- started practicing it after their training in the USA.

Dr. Hilgers continues to conduct research, and in 2004, as a result of several decades of work, he published the text The medical and surgical practice of NaprotechnologyThe book is considered a textbook on the subject and a bedside book for all of us who dedicate ourselves to the practice of this science.

In 2016 a married couple, Jordina Fabrés and Venancio Carrión, parents of two Napro babies and patients of Dr. Mena, faced with the lack of information in Spanish that they themselves had experienced, have the initiative to make Naprotechnology known in Spain. And so began a work of dissemination and promotion at national and international level, putting patients in contact with professionals in various parts of the world. In order to better perform this task, in Spain in 2017 they presented the Spanish Association of Naprotechnology in its First Annual Meeting. Thanks to the support of bishops, parish priests and professionals, we have carried out various activities to raise awareness of this science, which is still quite unknown.

Since then, some 1,500 marriages have been attended by telephone and around 900 marriages/women have been attended in medical consultations. In addition, three meetings have already been held, the last of them international, with the presence of renowned professionals from Mexico and Poland. In our work we have always seen as a priority the care and assistance to patients during their journey.

Fortunately, the Spanish business is progressing and consolidating and there are other professionals who have been trained during the last year.

Naprotechnology uses the Creighton Model System chart as a diagnostic tool, which helps women to know their fertility and the physician to diagnose and monitor treatment. It is an invaluable tool for follow-up and one in which physicians work as a team with the professionals at FertilityCareThe patients are taught how to chart in a proper way.

As many treatments as people

Thus, Naprotechnology and the Creighton system form a double helix and cannot be understood without each other. The Creighton Model system is also a tool that, like any fertility awareness method, can also be used by spouses in case of serious reasons for postponing gestation and is therefore a true family planning method, as its developers usually explain.

Once the patients have begun their apprenticeship with the professional FertilityCareThe patient is asked to provide a chart with two or three cycles to the physician expert in Naprotechnology. Subsequently, a battery of complementary tests is requested, depending on the needs of each patient: very detailed analyses are usually required (at specific times of the cycle), tests to assess the permeability of the fallopian tubes, ultrasounds to assess adequate ovulation, seminogram for the male, studies of food intolerances, etc.

After a detailed study, a treatment is started in a totally personalized and dynamic way. There are as many treatments as there are people, since the causes of the problem can vary greatly, so the treatments range from supplementation, special diets, hormone therapy, ovulation induction, even surgery in necessary cases.

The treatment is a path in which patience is very important, since the proper restoration of health is not usually a quick and easy process. However, we try to accompany these patients throughout the entire journey at all times, with the help of the advice of couples who have gone through the same process and have adequate training to deal with these cases.

In some places we also have support groups where they can meet families in similar situations and talk about their common concerns. In my case, I work at the Family Orientation Center of the Diocese of Getafe, so I can count on the proximity of professionals such as psychologists, sexologists, counselors and priests in case a referral is necessary.

When we talk about Naprotechnology being successful, we are not only referring to pregnancy. Of course there are marriages that achieve a pregnancy and we consider it a success, but the best we can contribute from this science is to perform a quality medicine and, especially, the accompaniment of patients in this process. In many cases we find that what the patients ask for is not the best way to achieve a successful pregnancy. "a son"The aim is to know the reasons why the children do not come, to be treated and studied in the right way, and to be seen as the people they are in a context of suffering, misunderstanding and grief.

If we think that in Spain one out of every seven couples has fertility problems, we can assume that there are many families suffering for this reason. In today's medicine, although it may seem paradoxical at this time of the exaltation of autonomy, patients are the forgotten and the most neglected. Patients who come to us for infertility are offered only one way, assisted reproduction. If this path is not desired, no other option is considered beyond the "you'll be back".

A different view of official proposals

Likewise, in women with cycle problems, there is no other option beyond the pill, without any other research or treatment that could provide a different vision.

Current proposals "officers" are those in which acts are proposed that: a) damage the conjugal relationship, separating it from procreation; b) damage the person, breaking their union, causing physical (very high doses of hormones, superovulations) and psychological (great stress, guilt for frozen embryos, making public processes that should be intimate) consequences on their health; c) damage people: in this case, the embryos that are discarded as "leftovers" for being from "lower quality", or be sick, or that freeze, they may be sold for research on them.

On top of that, these procedures have little efficacy in achieving pregnancies. It is difficult to know exact figures since the clinics that perform assisted reproduction make sure that the numbers are expressed in an opaque way, giving results that are not very accurate. "per cycle" and considering a positive pregnancy test a success and not a live newborn, for example. If the efficacy is low with respect to pregnancy, it is usually nil in terms of diagnosing the underlying pathology and restoring the woman's health.

In today's Medicine, Naprotechnology is like a breath of fresh air, a different vision (so old and so new) of how science should be put at the service of people in an integral way.

Moreover, it is the only science from which one can really help to build a family, speaking of the fruitfulness to which every person is called, exercised in its different variants - biological parenthood, adoption, fostering, helping other families, etc. - all from the vocation and the path that God has for each person.