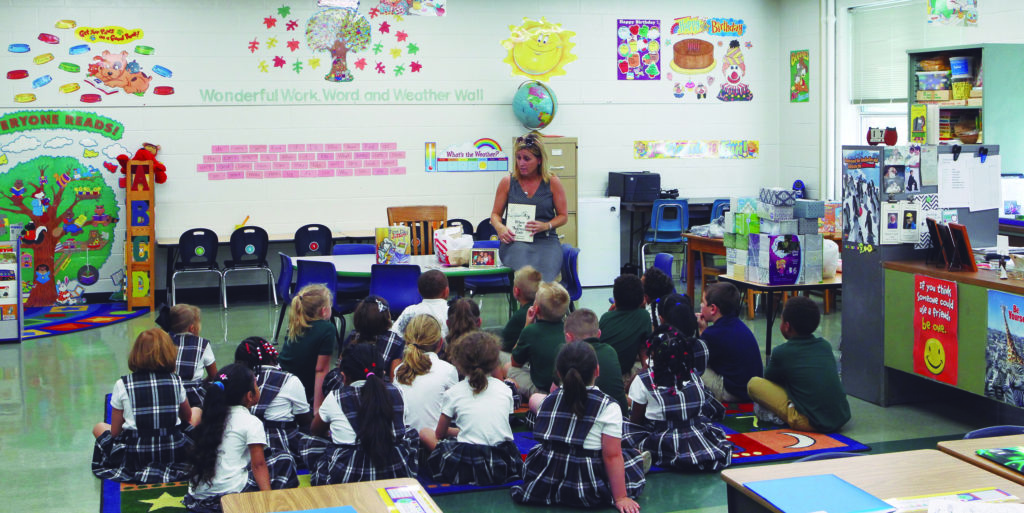 On the same day that President Sanchez announced the electoral advance, last February 15, the draft bill of educational reform of Minister Celaá, considered as a priority and rejected by a large part of the educational community, was approved in the Council of Ministers, being put on hold until a new government is formed, which should take up the matter again and follow the parliamentary process. Something that we must consider extremely serious if we take into account that it is an organic law.

Subsequently, it is paradoxical that the President of the Government in office and candidate for reelection, in his first investiture debate last July, only mentioned on one occasion, during his speech, the much-needed educational reform. Perhaps it was a wink to those who could be his partners.

With this panorama we begin a new academic year. If in previous occasions we considered the situation as complex, unstable and worrying for a sector such as education, now it is even more so, with the irruption more than ever in the sector of the ideological side.

It is clear that the political situation and the creation of a new government from the different pacts (editor's note: now or after new elections) will determine the horizon of the proposed educational reform. This will be applied with greater or lesser radicality depending on the government partners, although there is always the possibility of its repeal.

Its application would undoubtedly be a source of conflict. An important part of the educational world -parents' associations, unions, employers' associations-, believe that it represents a return to old postulates that we are unable to overcome due to the high ideological content that surrounds the school and education in this country. The school always responds to a political and partisan interest that takes us further and further away from the stability needed to improve our educational system and education in general.

There are some points that may represent an important deterioration for the freedom of education in Spain, and that reveal the lack of the necessary existing consensus on this possible "educational counter-reform".

We cannot agree with a regulation that directly attacks the freedom of education, the right of parents to choose the education of their children or the educational agreements as guarantors of equality and equity. We cannot agree with the treatment given to the subject of Religion or to differentiated education acting against the Spanish Constitution itself, without taking into account the agreements signed by the Spanish State or the numerous rulings of different Spanish and international courts.

Nor is attention paid to teachers as a fundamental pillar of the educational system, since policies are not developed to help improve their professional conditions so that the educational objectives can be effectively achieved, as urged by international reports and organizations.

The most significant aspects of the most radical preliminary project, which will have to be closely monitored, can be summarized in the following points:

1) The suffocation of the right to freedom of education, omitting any reference to it despite Article 27 of the Spanish Constitution. It should be remembered that freedom of education and subsidized education are not a problem for the educational system but an important part of the solution, which is evident in its continuous contribution to the improvement of educational results and, therefore, of Spanish society.

2) To question the concept of ".social demandl", which implies a restriction on the right of families to choose the type of education they want for their children, although an attempt has been made by the socialists to soften it in a last text. This would directly affect the financing and concertation of educational centers, especially religious and differentiated education centers.

3) Suppression of the references to the subject of Religion in the regulation of the different teachings, referring the fulfillment of the Church-State agreements to a later and uncertain regulatory norm.

4) Omitting the necessary economic forecasts to face the real cost of each school place, which means a great uncertainty and a continuous suffocation of the non-public centers.

5) Adopting some academic measures of dubious effectiveness and lack of professional consensus, such as the passing of baccalaureate courses with pending subjects.

However, we are fully convinced that what is really urgent and necessary is to resume a Social and political pact for education that gives stability and security to families, students, teachers, teachers of religion, school owners, public officials and all those who make up the broad and complex world of education. This is the only way to consolidate improvements in the educational system by providing solutions to real problems and achieving, emphasizing pluralism and freedom.

We endorse the words of the School Board itself in its report on the Celaá reforms discussed above: "The reasons that justify the pact are still valid: to seek a regulation of education that, in its fundamental aspects, is stable because it has broad parliamentary support and that, consequently, forms a long-term State policy that ensures its continuity beyond the alternation of government majorities".

In recent years, every time the Spanish left, led by the PSOE, has the prospect of gaining power in an election, it dynamites the previous agreements, approaches and regulations to try to impose its postulates regarding education -unique, secular and public-, in addition to its interpretation of free education, hence the financing and concertation is one of the forms of effective control over educational centers and the way to restrict the exercise of parents' educational freedom.

Old proposals for new situations, without the real problems of Spanish education being definitively addressed, and which continue to set us behind other European countries. n