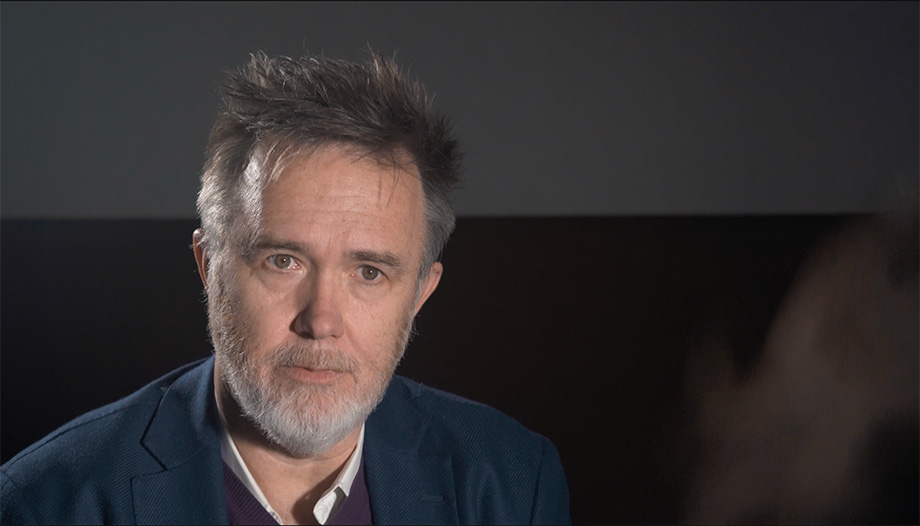 Rod Dreher is always available at the same time. In both of its two main The Benedictine Option (Die Option der Benediktiner) und Living without lies (Ohne Lüge leben)both of them in Spain bei Ediciones Encuentro warns the American journalist and columnist against the threat of a growing totalitarianism. WOKE and the struggle for Christian civilization. In this interview, he The Ostrich Effect - an initiative of the catholic association of propagandists - gab, spricht der Chefredakteur der Zeitschrift The American Conservative über Themen wie Sanfte Diktatur, Widerstand der Märtyrer oder Kulturkampf.

In Ihrem Buch Life not by Lies Please note that our time before the Sowjetunion has changed. Is this not overlapping?

- That's how I came across this book six or seven years ago, when I had the idea to write it. I was then in contact with the Soviet Union in the United States of America with the people who wanted to join communism. They say that what they know in the West is what they have learned behind them. Es schien übertrieben, aber je mehr ich mit ihnen sprach, desto mehr war ich ich überzeugt, dass sie Dinge sahen, die mir entgangen waren.

- The development of a system in which the inherent ideology cannot be expanded. In my country, and also in Spain, I see this in a different way: If you do not agree with gender ideology or the critical theory of gender equality, you can isolate yourself socially. One can control one's work, one's family or one's status. You have to accept this ideology in order to be part of society... There is no room for discussion here. And that's the whole picture. Therefore, there is also the connection with the Soviet communism.

Don't you believe that there is a right to free information?

- On paper, yes, this guarantees our confidence... in practice, however, there is a total mentality behind all aspects of American life; everything is subject to ideology. It's not just about state control: large companies are misleading themselves with WOKE The development of this consciousness, but also the media, universities, sport... even the military, is dominated by a large part of it.

- Yes, that's how it is. In the past, communist totalitarianism was just as much as it was described by George Orwell in 1984. The current totalitarianism, however, is similar to Aldous Huxley's and to that of his novel "The Roman".A new world". We rely on our freedoms, and seek comfort, security and safety for the fact that we will not be confronted with any unmanageable obstacles. James Poulos names this the "rosaroten Polizeistaat", a therapeutic totalitarianism, in which the idea of freedom is rejected, because this responsibility for our actions is implied. That is why we support the authorities.

- So it is, and that is our main challenge. Many people, especially young people, are very much afraid of the possibility of being unable to accept that they are all to accept when they are guaranteed a safe world... But this is not the case.

Are we Christians in this context to take on the challenge of a cultural campaign?

- Since I was a child, America has been developing into a cultural camp, and I believe that this is happening in the West. It is a war that I do not condemn, but it is a war that has come upon us - and we as Christians cannot ignore it. We want peace, but the active line of the WOKE It is so intolerant and militant that we have to overcome the need for us to defend our suggestions and to ensure that they are respected.

- In the sense that, for people who do not believe in God, the Woke-Bewegung is an art form of religion. This was during the Russian Revolution with the Bolshevistic movement of the fall, the political overtures into a pseudo-religion, in order to fill in the un-Godly ways of the Seelen. So it was then and so it is today: The followers of this ideology believe that through it they will find a meaning in life, a goal and a sense of solidarity. However, there is still a further standard.

- You can't discuss with them. In a normal political environment, you can dispute and have a lot of fundamental disagreements... but not with the opponents of WOKE. They are dealing with their investigations, which for them are an art form of dogmatism. They are as dogmatic as the Grand Inquisitor of the Spanish Inquisition or the Religionspolizei in Saudi Arabia.

- Ja, das ist das häufigste Missverständnis bezüglich dieses Buches, und es kommt oft von Leuten, die es nicht gelesen haben. You believe that I want to say: "You let us go into the woods and take us back", but that's not the case. We can easily understand what is happening to us here. What I want to say is that we have to understand what we need to do if we want to make the challenges of this new Christian world into a glorious Christ. We should build stronger communities and study and practice our faith better. We need to understand our beliefs so that we can see the world Jesus Christ as he really is. We have to be ready to learn to accept the truth of the truths of our faith, otherwise we will be assimilated from the world.

Do we have to take a look at the results of the market?

- This is one of the most important things we can do in Christ. We have some of the most important things, but also some modern examples. Man denke nur an die Märtyrer des Spanischen Bürgerkriegs oder an an die Geschichte des seligen Franz Jägerstätter, des österreichischen Bauern, der ermordet wurde, weil er sich weigerte, Hitler die Treue zu schwören. Sein ganzes Dorf war katholisch, pero nur Franz und seine Familie blieben standhaft: Wir müssen uns fragen, wie er sich auf sein Leiden vorbereitet hat. If not, we as Christians will not be able to overcome it.

What role do the Christian communities play in this approach to the world?

Hannah Arendt, the great political philosopher of the twentieth century, was convinced that both the Nazi Germany and the communist Russia were created by atomistic societies with massive unemployment. The answers, which a totalitarianism on the basis of the resulting consequences, are one of the most important aspects. We must therefore work to build a community. This does not happen by itself. However, that is the only way to know who we are and what responsibility we have to take for ourselves and for God. Now is the time to be prepared: we have no time to wait.