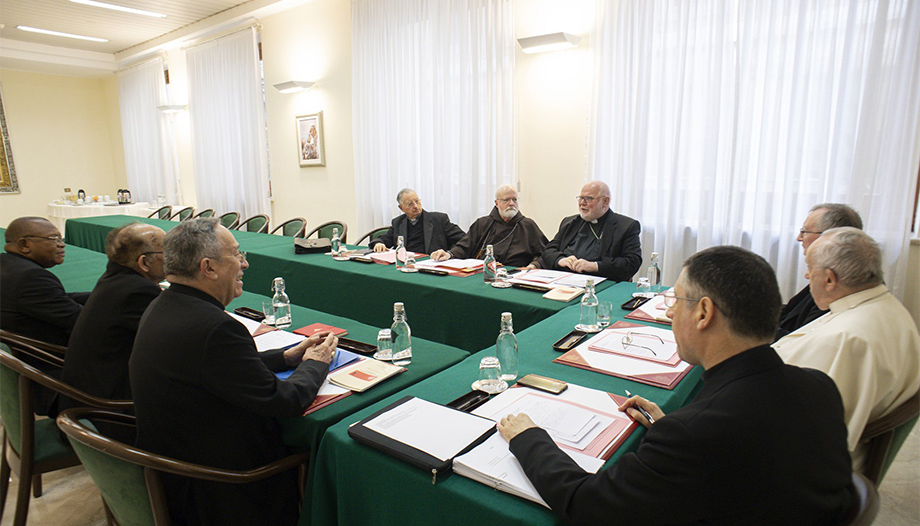 Dated March 19, 2022 and scheduled to take effect on June 5, Pentecost, Pope Francis promulgated the Apostolic Constitution. Praedicate Evangelium  on the Roman Curia and its service to the Church and the world. The document organizes above all the offices that assist the Pope in his mission of governing the universal Church and replaces the previous Apostolic Constitution Pastor bonus of St. John Paul II (1988).

In general, the reform of the Curia is not the end, but one of the means to be better witnesses of the Gospel, to favor a more effective evangelization, to promote a deep ecumenical spirit, to favor a productive dialogue with everyone (cfr. n. 12). For this reason the Pope entrusts the results of the reform to the Holy Spirit, the true guide of the Church, and for this reason he counts on time, on the commitment and on the collaboration of all.

The reading of the new law on the Roman Curia must avoid the mistake of confusing the reform of the Curia with a reform of the Church, which is probably fed by the attribution to the Vatican of the responsibility for everything that happens in the Catholic world.

Since the beginning of his pontificate, the Pope has been giving the Church a synodal impulse that is also manifested in this norm, presented in the Proemium as the fruit of the life of communion that gives the Church the spirit of synodality; that is, he characterizes it as a Church in ascent.

In this sense, the Church always continues to accept its faithful, its structures, and also the voices that speak to it from the outside, the problems of the world, the expectations of humanity. The reform of the Curia is not, therefore, the reform of the Church, but it is the help to compete in the steps towards a greater understanding of the communion and the mission that the Church has received and is trying to achieve in this era.

In this synodal proposal, which is of ascent, an important role is played by the relationship that exists in the Church between the primacy of the Roman Pontiff and the episcopal college (which is based on that which existed between St. Peter's and the apostolic college).

On several occasions, responding to the expressed demands of journalists, the Pope said that the new law "will not contain anything more than what is seen today". The reform process aimed at facilitating a better service of the curial structures for the people for whom they were designed requires time and perseverance, it is one of those slow and persistent processes that redefine and guide the institutions. The Pope is tenacious and tries to promote the necessary changes of mentality so that the Roman Curia is allowed to express itself through its mission of service; the same that the Pope is expressing. Mission of service that is constituted in the orientation of the curial action and that has been evidenced in a new part of the document, a series of two "criteria" for the service, which precede the article of the law.

The Roman Curia serves as the eyes and arm of the Pope in his mission of unity and care of the Catholic Church. From the XVI century it is organized in a way similar to the government of a state, with its ministries or departments and a multitude of bodies that carry out pastoral functions.

Today the Departments of the Curia are headed by Dicasteries, Organisms and Offices and include the Pontifical Councils. The dicasteries and the agencies belonging to the Secretariat of State are called "institutions" (art. 12).

Even from the title of the Apostolic Constitution, the new Roman Curia is characterized in harmony with the pulsating heart of Pope Francis that he had already expressed in Evangelii Gaudium of 2013: "Sogno un'opzione missionaria capace di trasformare tutto, perché i costumi, gli stili, gli orari, il linguaggio e tutte le strutture ecclesiali diventino un canale idoneo per l'evangelizzazione" (n. 27).

The first institution to which the law applies is the Dicastery for Evangelization, directly presided over by the Roman Pontiff (art. 34), which has the function of dealing with issues related to the missions -Propaganda Fide- and also assumes competence for the fundamental issues of world evangelization, becoming the diamond tip of the Church that "is in the world" in the face of Pope Francis.

The Apostolic Elemosineria is transformed into a Dicastery for the service of charity and is placed third after evangelization and the teaching of the faith, assuming the Pontifical Commission for the Protection of Minors.

In describing the competencies of the Dicastery for Vescovii in matters of nomination, reference is made to the need to have the consent of the members of the People of God of the dioceses concerned (art. 105).

The competencies that were previously divided between two agencies have been merged into a single Dicastero for culture and education, even though it is divided into two separate sections: one for culture and the other for Catholic education.

Various Pontifical Councils are transformed into Dicasteries with powers that are substantially identical to those they already had, even if in some cases important modifications have been made: for example, the Dicastery for legislative testimonies acquires a greater competence to promote canon law and its study.

The group of institutions that judge in the name of the Pope is reunited under the title of "Organisms of Justice", even if they do not change their names and powers: Penitentiary, Segnatura, and Roman Rota.

The profiles of the offices and agencies that deal with the internal economy of the Holy See, the object of the Pope's attention since the beginning of his pontificate, have been substantially confirmed: Consiglio per l'Economia, Segreteria per l'Economia, Amministrazione del Patrimonio della Sede Apostolica e Ufficio del Revisore Generale, to which are added a Commission per le materie riservate and a Comitato per gli investimenti, which had been instituted in relation to the last review of the Curia's economic affairs, with the sharing of the pre-existing administrative Office present at the State Secretariat.

The traditional Camera Apostolica is incomparable to the membership of the bodies with economic functions, which had powers during periods of sede vacante: these powers are now attributed to a new Office of the Camerlengo del Camerlengo di Santa Romana Chiesa (art. 235-237).

These are the main novelties that the new law of the Curia brings with respect to what remains in force until 5 June. But there are many more. From this first reading, it seems that the law offers new prospects and greater dynamism. It thinks above all about what needs to be done, without being overly concerned about what is.

And when it comes to organizing a service tool, it is better to think more about action than about being, because being must become doing, serving.